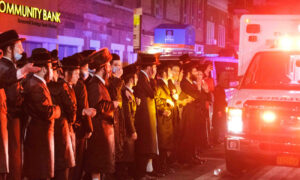 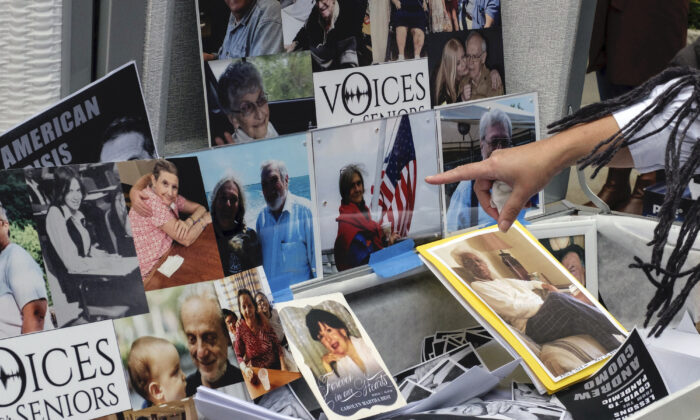 Families of COVID-19 victims who passed away in New York nursing homes gather in front of Cobble Hill Heath Center in Brooklyn, New York, to demand State Governor Andrew Cuomo apologize for his response to clusters in nursing homes during pandemic on Oct. 18, 2020. (Yuki Iwamura/AP Photo)
US News

The Department of Justice demanded detailed data from hundreds of private facilities in New York state on Oct. 28, as part of an expanding investigation into whether the state is undercounting nursing home deaths from the Chinese Communist Party (CCP) virus, commonly known as the novel coronavirus.

Gov. Andrew Cuomo has faced criticism for months about the state’s official tally of 6,722 nursing home deaths, which may be off by thousands because the state is one of only a handful that count only people who die at long-term care facilities. The method enables Cuomo to claim that New York has a lower percentage of nursing home deaths than other states.

The governor has repeatedly denied lawmakers and the media access to the relevant data. Cuomo signed an executive order on March 25 sending thousands of recovering CCP virus patients into nursing homes at the peak of the pandemic.

The governor’s spokesman said the DOJ’s latest request is a “sham” and a “scummy abuse of power” due to its timing right before the election.

New York appears to be undercounting nursing home deaths by the thousands, according to an analysis by The Associated Press.

“In this hyper-political environment … everybody wants to point fingers,” Cuomo said in an appearance on CBS’s “This Morning” earlier in October, while promoting his new book on his handling of the crisis.

The DOJ’s civil rights division sent a letter to the state demanding a breakdown of hospital death data, which the New York Department of Health has been collecting since at least April but has never made public. The letters to the private nursing homes, in the meantime, are a vast expansion of a similar request in April that was aimed at several dozen publicly run sites.

Asked about the delay on Oct. 28, the state health department repeated what it has been saying for months: that it needs more time to double-check the figures for accuracy.

Separately, the DOJ also sent a letter to Democratic Gov. Phil Murphy of New Jersey, questioning his state’s nursing home death count while announcing that it’s starting a formal investigation of the state’s veterans homes, after receiving what it described as incomplete answers to an earlier request for data.

The Murphy administration declined to comment on the substance of the investigation; it called the new inquiries politically motivated.

“The fact that this request from the Department of Justice was announced a week before Election Day speaks volumes about the nature of the review,” spokesman Michael Zhadanovsky said.