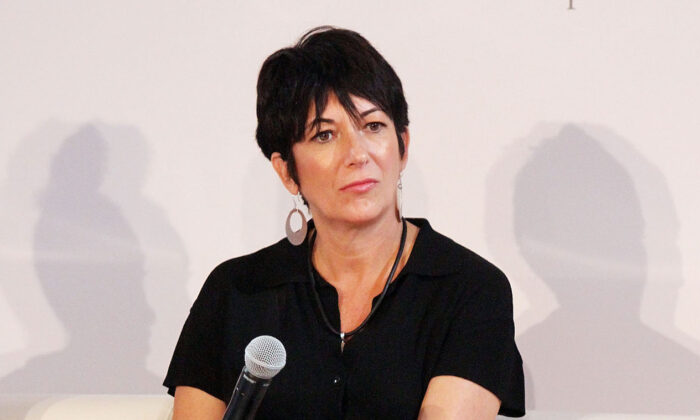 NEW YORK—After five days of deliberation, on Dec. 29, a jury found Ghislaine Maxwell guilty on five of the six sex-trafficking charges brought against her in federal court.

Maxwell was found guilty on the following charges:

The jury found her not guilty on count two: Enticement of a Minor to Travel to Engage in Illegal Sex Acts.

Earlier in the day, the jurors had requested transcripts of five witness testimonies. The jurors were off for two days for the Christmas holiday and were originally scheduled to have two days off for New Year’s, but Judge Alison Nathan requested they be available to work through them.

At 4:57 p.m., all parties were assembled in the courtroom, and Nathan told them, “We have our verdict.” She asked everyone to remain seated and calm and reminded them that there were federal marshals in the room in case they were needed. After the verdict was read, she thanked everyone in the room and told them they were adjourned.

The testimony of “Jane,” who testified how her abuse by Maxwell and deceased financier and convicted sex offender Jeffrey Epstein started when she was 14, was directly related to counts one through four.

Maggy Krell, a human rights attorney, a former prosecutor in the California Office of the Attorney General, and author of the forthcoming book on sex trafficking “Taking Down Backpage,” had anticipated a quick verdict.

“In my experience, holiday jurors tend to be decisive,” she told The Epoch Times. “And I don’t think this case was overly complicated.

“You don’t learn in law school when jurors are coming back.”

Krell is aware of the grooming techniques of potential victims the prosecution presented in its case.

“That’s how grooming works. It’s a classic technique of predators, and it’s totally ubiquitous,” she said.

Krell said that even though the Maxwell case involves famous, wealthy people and private jets, “In a lot of ways, it’s a very basic sex-trafficking case that’s playing out throughout the country, because the techniques are so classic from the trafficker’s playbook, and that’s the grooming,” she said.

As a former prosecutor, Krell knows how dubious a jury can be.

“It only takes one juror to not agree,” she said. “Finding 12 people to agree is challenging.”

As for sentencing, “some of these counts have 10-year mandatory minimums,” said Krell. “The judge [will] have to determine what she deserves under these circumstances.

“Judges tend to not go light on defendants like this,” she said.