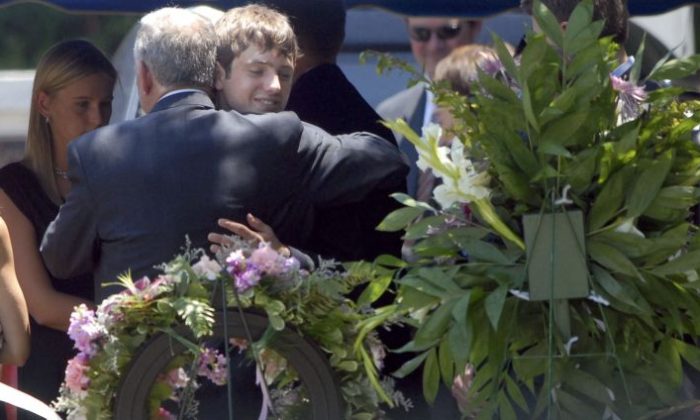 A judge has allowed a lawsuit filed by the brother of JonBenet Ramsey, the girl who was found dead under mysterious conditions in 1996, to move forward.

Burke Ramsey, who was 9 at the time of his sister’s death, argued in the suit that the CBS report damaged his reputation by falsely suggesting that he killed the girl. The Boulder Daily Camera reported that a judge ruled Friday that the lawsuit can move ahead. Her death remains unsolved.

In December 2016, Burke sued CBS and a production company in a Michigan court. The circuit court judge in Michigan last week, however, denied a motion filed by CBS and the other defendants to dismiss the case.

Michigan judge declined to throw out a defamation lawsuit brought against CBS by Burke Ramsey, the brother of JonBenét Ramsey https://t.co/luGGrHgIcC pic.twitter.com/aGFVcIujW3

JonBenet Ramsey’s body was discovered in the basement of the family’s Boulder, Colorado, home the day after Christmas in 1996. Her brother and parents were cleared of her death in 2008, according to The Associated Press.

At the heart of the lawsuit is the two-part series, “The Case Of: JonBenet Ramsey,” which aired in September 2016.

Lawyers for CBS said a statement that a claim Burke killed JonBenet “was never made in the series,” AP reported.

They also pointed to a disclaimer in the series that said, “The opinions and conclusions of the investigators who appear on this program about how it may have occurred represent just some of a number of possible scenarios,” according to the Daily Camera.

But in Friday’s ruling, Michigan 3rd Circuit Court District Judge David Groner wrote: “The statements at issue and the docu-series as a whole could reasonably be understood as stating actual facts” regarding Burke.

“This Court does not find that the ‘disclaimer’ at the beginning and end of the program negate the docu-series potentially defamatory meaning,” he said.

CBS told CNN in a statement that the judge’s move to not throw out the lawsuit last week marked a “very preliminary procedural ruling [that] was issued prior to any evidence being presented.”

“It is based solely on the plaintiff’s complaint,” the statement said. “Should the case move forward, we look forward to defending it on its merits.”

Burke Ramsey’s attorney has not made a public comment on the latest development in the case.