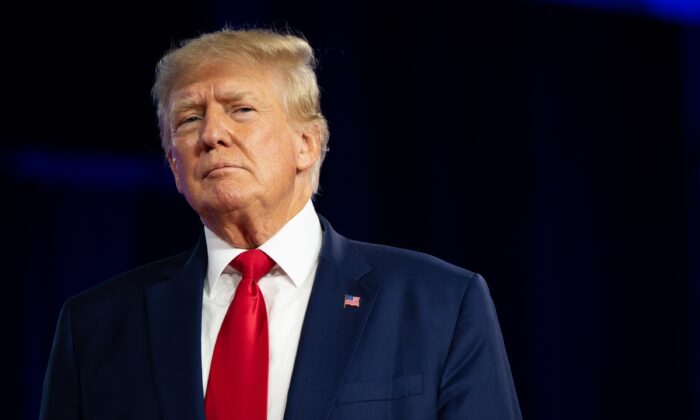 A federal judge on Aug. 23 ordered former President Donald Trump to provide more evidence in his bid to get back the materials seized by the FBI.

Trump filed a motion on Monday asking the court to appoint an independent party to separate privileged items from the collection taken from Mar-a-Lago, to order the government to provide a more detailed inventory list, and to have any items outside the scope of the search warrant returned.

The filing raised concerns about Trump’s constitutional rights being violated and said a special master, typically a retired judge, should be appointed to ensure the government did not receive privileged materials. Because of how the Department of Justice and FBI have treated Trump, the department cannot be trusted to properly handle the items, the filing also says.

“We need an impartial—that means not Republican, not Democrat—impartial special master to go in there, take a look at what they seized, give back to the former president what is rightfully his, things that are clearly declassified, things that are also privileged—attorney-client privilege from when he was in the White House—things that should have never been seized,” Alina Habba, a Trump lawyer, said on Fox News.

U.S. District Judge Aileen Cannon, a Trump appointee, on Tuesday said she received the motion, but that she wanted another filing that elaborated on the case.

“To facilitate appropriate resolution, on or before August 26, 2022, Plaintiff shall file a supplement to the Motion further elaborating on the following: (1) the asserted basis for the exercise of this Court’s jurisdiction, whether legal, equitable/anomalous, or both; (2) the framework applicable to the exercise of such jurisdiction; (3) the precise relief sought, including any request for injunctive relief pending resolution of the Motion; (4) the effect, if any, of the proceeding before Magistrate Judge Bruce E. Reinhart; and (5) the status of Plaintiff’s efforts to perfect service on Defendant,” Cannon said in an order.

Reinhart is the judge who approved the warrant on Aug. 5, three days before it was served by FBI agents at Trump’s resort in Palm Beach, Florida.

Trump’s motion was assigned to Cannon, but Reinhart “is available to handle any or all proceedings in this case,” a clerk notified Trump’s lawyers and U.S. officials. For now, Cannon is handling it.

U.S. officials have not yet answered the motion in court.

“The Aug. 8 search warrant at Mar-a-Lago was authorized by a federal court upon the required finding of probable cause,” a spokesman for the Department of Justice told news outlets in a statement. “The Department is aware of this evening’s motion. The United States will file its response in court.”