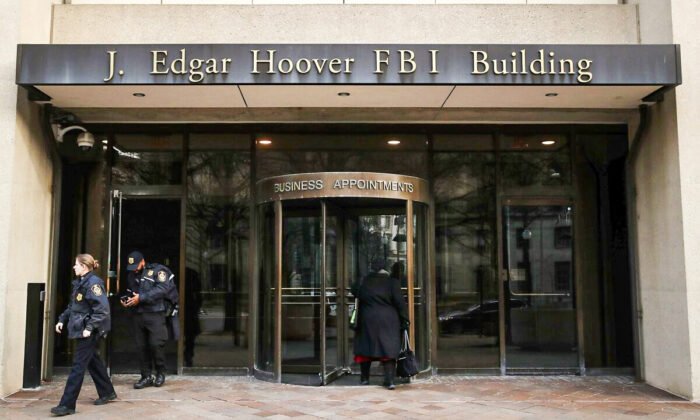 The FBI must produce information from Seth Rich’s laptop computer to a Texas man, a federal judge ruled on Sept. 29.

The bureau improperly withheld the information from Brian Huddleston, the Texas man, according to a 53-page ruling from U.S. District Judge Amos Mazzant.

Rich was a Democratic National Committee staffer who was murdered around 4:20 a.m. in July 2016 in Washington. Officials have claimed the killing was done as part of a botched robbery.

The FBI has acknowledged it has files from Rich’s computer but tried withholding them from Huddleston, citing a portion of federal law that enables agencies to withhold information that would be a clear invasion of privacy interests when the interests are not outweighed by the public interest.

The bureau said that Rich’s family members have a privacy interest in preventing the release of the information that outweighs the public interest, but Mazzant, an Obama appointee, rejected the argument.

“The Court is not persuaded by the FBI’s argument that Seth Rich’s survivors have a privacy interest in withholding the entirety of the information contained on Seth Rich’s laptop,” he said.

“Pointedly, the FBI cites to no case law for the proposition that survivors of the deceased have a privacy interest in information related to the deceased’s favorite music or relationship history,” he added.

Previous rulings in other cases have found that loved ones of dead people have a substantial privacy interest in preventing the disclosure of autopsies, death scene photographs, and other materials from a person’s final moments. Those rulings don’t apply to this case, Mazzant said.

He ordered the FBI to produce the information to Huddleston within 14 days.

Ty Clevenger, a lawyer representing Huddleston, said the ruling was a victory.

“The FBI has fought tooth and nail to conceal evidence about Seth Rich, so Judge Mazzant’s order is a major victory for us,” Clevenger told The Epoch Times via email.

Clevenger said any files not of a personal nature will be posted online after Huddleston receives them.

“As soon as we can get it ready to post I’ll put it up on my blog for everybody to look at,” he said.

The bureau falsely told Clevenger when he asked for information on Rich that it didn’t possess any. Emails disclosed in a separate case proved the FBI wrong. The bureau identified some potentially responsive 20,000 files in response to Huddleston’s requests, later narrowing it down to 1,563 pages.

The FBI has only produced 75 pages to date, while withholding hundreds of others.

During the litigation, the FBI admitted for the first time that it had come into possession of files from Rich’s laptop.

Still, the official said that the computer “may contain information of family (parents and siblings), friends or acquaintances (professional or personal), his favorite music and other material that would reveal details concerning both personal and sensitive relationships.” At the same time, Seidel acknowledged that Rich himself “has no privacy interests due to being deceased.”

Clevenger and Huddleston have an expert ready to analyze the information from the laptop to see whether it was tampered with after Rich’s death.