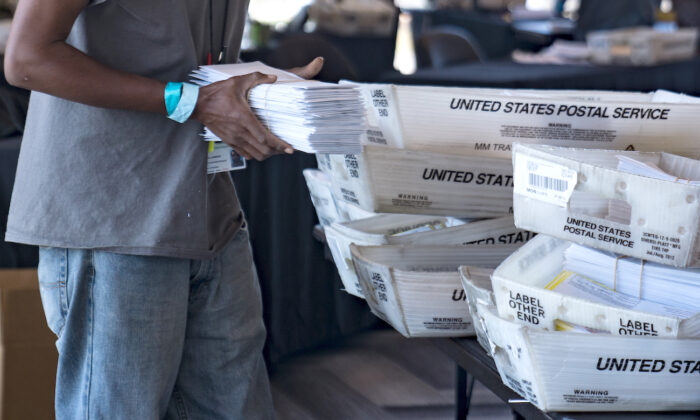 A Georgia judge on Monday agreed to have the ballot return deadline extended for about 1,000 Cobb County absentee voters who didn’t have their requested mail ballots sent out by elections officials.

The consent order (pdf) from Cobb County Superior Court Judge Kellie Hill means that the Cobb County Board of Elections and Registration will send replacement ballots to the 1,046 affected voters overnight on Monday.

It also means that the absentee ballots have a return deadline of Nov. 14, although the ballots must be postmarked and out in the mail by Election Day, Nov. 8, to be counted.

Nov. 15 is the date that counties in Georgia, a battleground state, must certify their election results.

Daniel White, an attorney for the county’s election board, told reporters that the error was “purely clerical,” reported The Hill.

“If you mess up, we fess up,” White said. “We are being transparent. We said as soon as we discovered this, we did all we could to determine what the numbers were, who was affected, how we can get them ballots as quickly as possible.”

Following the announcement, the American Civil Liberties Union and the Southern Poverty Law Center sued (pdf) the Cobb County Board of Elections and Registration on Nov. 6. The suit was filed on behalf of three voters, the Cobb County Democracy Center, as well as a 64-year-old woman residing outside of Cobb County as she cares for her elderly mother.

The two parties filed a proposed consent order to Hill on Monday afternoon, and the judge signed the order the same day. The order also required Cobb County to notify the affected voters by email and send a text message about the updated arrangement immediately.

Separately, following the news of failure to send absentee ballots to Cobb County voters, Georgia Secretary of State Brad Raffensperger, a Republican, announced Monday that he had opened an investigation into the matter.

“Elections officials are working hard to rectify the situation regarding absentee ballots in Cobb County, and I appreciate their efforts. But what happened is simply unacceptable, period,” he said in a statement, reported 11Alive.

The results of the investigation “will be referred to the State Elections Board to determine appropriate consequences,” he said.