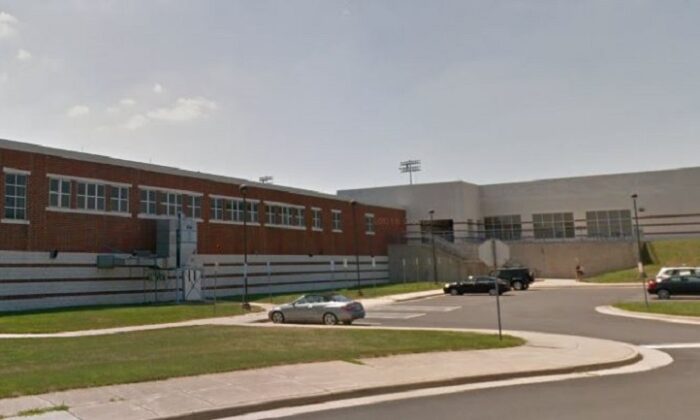 A Virginia judge on Monday found a teenage boy guilty of sexually assaulting a schoolmate.

The crime took place at Stone Bridge High School in Ashburn on May 28.

“I found the facts sufficient to support the charges,” Pamela Brooks, the chief judge of the county’s Juvenile and Domestic Relations District Court, said during the hearing, according to WTOP.

The victim said she and the boy had consensual sexual encounters before the assault but that she did not consent to what he did in May.

A defense attorney for the boy tried arguing that his client reasonably believed he had permission because of the previous encounters.

Neither the girl nor the boy are being named because they are juveniles.

Sentencing was put off until another case is adjudicated involving the male. He was charged with sexually assaulting another student at Broad Run High School, authorities have said. That assault took place on Oct. 6.

Loudoun County Sheriff’s Office deputies responded to Stone Bridge at approximately 1:30 p.m. on May 28, according to dispatch notes obtained by The Epoch Times through a Freedom of Information Act request.

Officers were briefed by an assistant principal that a student alleged they were “possibly raped or touched unwanted by another student” a couple of hours prior. The family of the victim was notified.

An FBI agent with the bureau’s Washington Field Office later that day called the sheriff’s office and inquired about the incident, according to the notes. The agent was advised that a sexual assault investigation was taking place. He said the incident would not require the FBI’s help.

The investigation led to the arrest of the male on July 8 and the case was turned over to the Loudoun County Commonwealth’s Attorney’s Office, which helped prosecute the boy.

The Broad Run incident involved a male student sexually assaulting a female student, according to dispatch notes obtained by The Epoch Times.

The sheriff’s office said no 911 calls were made and declined to provide body camera footage, citing state law. It also declined to immediately provide records on all reported sexual assaults at Loudoun County Public Schools (LCPS) dating back to Jan. 1, 2018.

LCPS failed to follow state law in reporting several sexual assaults from its schools to state authorities, Superintendent Scott Ziegler said earlier this month. He also recanted his claim that no sexual assaults had taken place in school bathrooms.

Ziegler made the claim during a school board meeting on a pro-transgender policy that lets students who claim to be a different gender than their biological sex use different bathrooms. The school board later approved the policy proposal.

LCPS did not respond to a request for comment on the guilty verdict.

Bill Stanley of the Stanley Law Group, who is representing the family of the victim, said in a statement that “We are relieved that justice was served today for the Smith’s daughter.”

“No one should have to endure what this family has endured, and now their focus is completely upon their daughter’s health and safety as she progresses forward with her life,” he said, adding that the family “stands stronger than ever in moving forward to ensure that those responsible in the Loudoun County School system are held accountable, so that this may never happen again to anyone else’s child.”

Scott Smith, a county resident, identified himself in early October as the father of the victim.

The family has filed a lawsuit against LCPS for allegedly violating Title IX in its handling of the case.

LCPS has told The Epoch Times that it couldn’t investigate what happened until law enforcement concluded its investigation, and that it was cooperating with the sheriff’s office and other authorities. It also said it was barred from disciplining any students without following the grievance process outlined in Title IX.