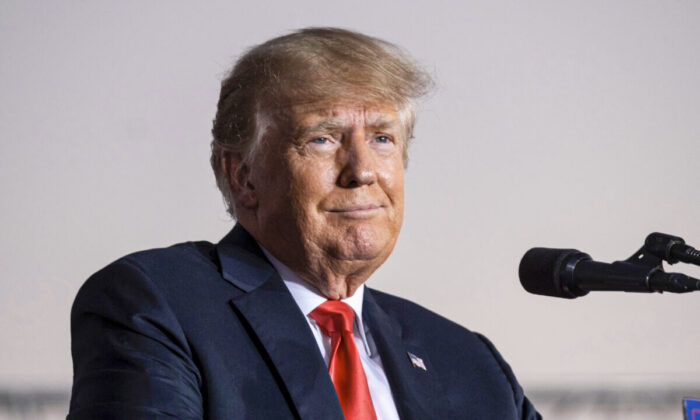 A federal judge late Tuesday rejected an attempt by former President Donald Trump to shield his tax returns from Congress.

Trump had charged that the House Ways and Means Committee, led by Rep. Richard Neal (D-Mass.), did not have a legitimate legislative purpose for pursuing his returns. Neal had said the purpose was to make sure the IRS-run Presidential Audit Program has no flaws.

U.S. District Judge Trevor McFadden, a Trump nominee, said Trump may be “right on the facts” but “he is wrong on the law.”

The saga stretches back to before Trump won the 2016 election when major Democrats called on him to release his tax returns. Trump declined.

Neal, the ranking member on the committee, tried pushing the panel to request the tax returns and separately introduced a resolution that would require the Treasury Department to provide the returns to Congress.

The efforts failed in the Republican-controlled House of Representatives, but Democrats flipped the lower chamber in the 2018 midterms. Shortly after becoming chairman of the panel, Neal announced that the panel “would pursue the public release of President Trump’s tax returns.”

Neal was stymied, though, by the Departments of Treasury and Justice, which said his alleged purpose in obtaining the returns—making sure the IRS audited and enforced tax laws against a president—was undercut by public statements from him and other Democrats about wanting to release the returns to the public.

After President Joe Biden was sworn in, the Executive Branch changed its position on the matter. The Department of Justice over the summer ordered compliance with a fresh request from Neal to obtain Trump’s returns. That triggered a filing from Trump, which was rejected by McFadden.

The judge said he found one of the stated purposes, the review of the audit program, was valid. At the same time, he acknowledged that public statements from Democrats indicate they will make public Trump’s returns after acquiring them.

“Troubling as intervenors’ evidence may be, the committee need only state a valid legislative purpose. It has done so. A faithful application of binding precedent blocks the court from any further analysis, whatever intervenors might say about the motives behind the committee’s request,” McFadden wrote.

“It might not be right or wise to publish the returns, but it is the chairman’s right to do so. Congress has granted him this extraordinary power, and courts are loath to second guess congressional motives or duly enacted statutes. The court will not do so here and thus must dismiss this case,” he added later.

The ruling was stayed for two weeks to give Trump time to appeal.

Trump’s lawyers informed the court that they will lodge an appeal.

Neal said in a statement that the ruling was not a surprise.

“The law is clearly on the Committee’s side,” he said. “I am pleased that we’re now one step closer to being able to conduct more thorough oversight of the IRS’s mandatory presidential audit program.”