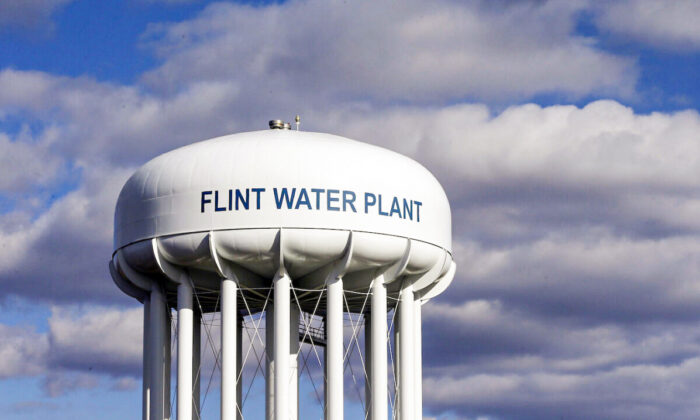 A federal judge on Wednesday approved a $626 million settlement—one of the largest settlements in Michigan’s history—in lawsuits filed by tens of thousands residents of Flint, Michigan, and others who were exposed to the city’s lead-contaminated tap water.

Most of the money in the settlement, $600 million, is coming from the state of Michigan. State and city officials in Michigan were accused of having overlooked the risks of switching the Flint’s water source to the Flint River in April 2014 without properly treating the water, and then failed to quickly address the contamination.

The settlement makes money available to Flint children who have been exposed to lead contamination, adults who can show resulting injury, certain business owners, and anyone who paid water bills. About 80 percent of what’s left after legal fees is earmarked for people who were children when they were exposed to the lead-contaminated water.

U.S. District Judge Judith Levy said in a decision (pdf) that the settlement reached after years of litigation is a “remarkable achievement” because it sets up a “comprehensive compensation program and timeline” for every person who was harmed by the contaminated water, regardless of whether they were part of a class-action suit or sued the state as individuals.

“This is a historic and momentous day for the residents of Flint, who will finally begin to see justice served,” said Ted Leopold, one of the lead attorneys in the litigation.

Flint is paying $20 million toward the settlement, while McLaren Health is paying $5 million and engineering firm, Rowe Professional Services, is paying $1.25 million. The deal was announced in August 2020 by Attorney General Dana Nessel and Gov. Gretchen Whitmer, both Democrats, who were elected in 2018 while the litigation was in state and federal courts.

Flint has a population of under 100,000. Levy said in her decision that it was “particularly remarkable” that “over half of the current population of Flint is participating in the settlement.”

Claimants will be required to show records, such as blood tests or neurological results, and other evidence of injury.

Starting April 2014, Flint residents reported noticing a strange taste, smell, and appearance with their water. Some also reported health concerns, including skin rashes and hair loss shortly after city officials decided to shift water supply to the Flint River instead of using water from Detroit. The move was considered temporary while the city was waiting to connect to a new regional water system.

The river water, which wasn’t treated to reduce pipe corrosion, caused lead to leach from the city’s old pipes, leading to contamination. The contaminated water was blamed for an outbreak of Legionnaires’ disease, which caused at least 12 deaths.

There is no safe level of lead, which can be harmful over time to children’s brain and nervous system development, causing attention and behavior problems.

The state acknowledged for the first time that lead was the problem in September 2015, when then-Michigan Gov. Rick Snyder, a Republican, pledged to take action in response to the lead contamination; the move came days after a group of doctors released findings of elevated lead levels detected in Flint children’s blood. Flint reverted to drawing water from Detroit’s system in October that year.

Snyder was charged with willful neglect of duty earlier this year. Eight other officials have also been charged with crimes.

The Environmental Protection Agency in 2017 awarded a $100 million grant to the Michigan Department of Environmental Quality to fund the city’s drinking water infrastructure upgrades.