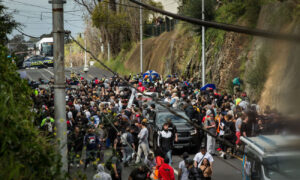 Freedom: What Was So Hard to Gain, Is Now at Risk
0
Share Now
TelegramFacebookTweetEmailTellMeWeReddit
Copy Link 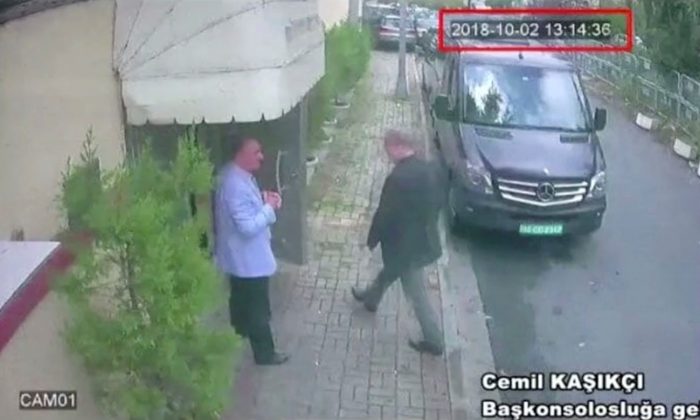 A story broke last week that a Saudi journalist named Jamal Khashoggi, who was working for The Washington Post, had disappeared and was presumed dead. The official story is that Khashoggi was last seen entering the Saudi consulate in Istanbul, on the afternoon of Oct. 2.

Immediately (and suspiciously), media stories that appeared to be coordinated appeared, pointing the finger of blame for Khashoggi’s disappearance at Saudi Arabia, in general, and at the country’s Crown Prince, Mohammad bin Salman, in particular. It was claimed by anonymous sources for several days that Khashoggi had been abducted and killed at the express order of bin Salman, for being a troublesome journalist who was pursuing stories that were causing problems for the Saudi royal family. Detailed stories relating how the abduction/killing supposedly happened filled the news media.

A very public pressure campaign quickly formed, with multiple prominent companies either announcing a boycott of Saudi Arabia or being pressured to join such a boycott. There were loud calls for President Donald Trump to immediately—without waiting for the results of any investigation—cancel the historic arms deal made last year with the Saudi Kingdom. It is quite likely that calls to cancel the nuclear power deal also made between Trump and the Saudi royal family would soon have followed.

The loud calls for the United States to disavow Saudi Arabia were coupled with numerous editorials that attempted to tie Trump’s often hostile rhetoric about the “Fake News” media to acts of violence against journalists worldwide—including the alleged violence against Khashoggi. His body still hasn’t been found, so it’s not even known at this point if he’s indeed dead.

So, for a week, while this anti-Saudi hysteria built, and as some in the U.S. news media played up how Trump’s “Fake News” media rhetoric had supposedly encouraged violence against journalists, reporters were deliberately hiding who one of their main sources was—the individual feeding them the inside information on the alleged Saudi involvement in Khashoggi’s disappearance and supposed murder.

Not until Oct. 12 did two of the journalists involved in the coordinated roll-out of the Khashoggi narrative suddenly reveal the identity of their confidential source, who supposedly was privy to the inner workings of the Saudi plot to grab and then eliminate the troublesome journalist.

The name of one of the main sources these reporters had been using to push the anti-bin Salman/anti-Trump narrative set off an immediate alarm for many investigative journalists who recognized it: Khaled Saffuri.

Patrick Poole and Jordan Schachtel, two reporters who cover national security and terrorism-related issues [Poole for PJ Media, Schachtel for Conservative Review], quickly brought their readers up to speed on Saffuri’s extensive background. He has purported ties to both al-Qaeda and Hamas, and is a well-known associate of Abdurahman Alamoudi, who is currently serving a 23-year sentence in a U.S. federal prison, which was later reduced to 17 years after he cooperated by agreeing to testify in a trial.

Why was Alamoudi sentenced to federal prison in 2004? Because he was part of an extensive al-Qaeda/Libyan plot to assassinate then-Crown Prince Abdullah.

Alamoudi was the founder of the American Muslim Council, where Saffuri worked as the organization’s Director of Government Affairs for two years, from 1995 to 1997, when Alamoudi helped Saffuri launch The Islamic Free Market Institute, giving Saffuri $35,000 in start-up funds.

Saffuri’s Islamic Free Market Institute has been investigated several times for financial ties to Hamas, as well as other terrorist groups. Given his background, he’s hardly some neutral source that people should be taking at face value when he’s making the claims to Michael Isikoff and Daniel Klaidman.

Let this sink in: Isikoff and Klaidman’s source for their stories on bin Salman’s state of mind and his various nefarious plots against journalists is… a guy who’s been investigated for terrorism ties, and, on top of that, has connections to an al-Qaeda-affiliated terrorism financier who is currently in federal prison for participating in a plot to kill a Saudi crown prince.

Can I be forgiven for being a bit, shall we say, skeptical that Saffuri has keen insight into the mind and plans of bin Salman? When it comes to journalists, or just about anything else?

So, for a week, reporters breathlessly shopping this narrative about bin Salman’s role in Khashoggi’s disappearance kept one of their main sources—if not the main source—under wraps and carefully hidden from scrutiny.

If Saffuri’s identity had been known from the beginning, we wouldn’t have gotten days of media hysteria over an attempt to frame bin Salman and Saudi Arabia for Kashoggi’s disappearance.

Isikoff and other reporters pushing this story likely knew if they told everybody Saffuri was a big source of this “inside info” detailing this supposed Saudi plot against Khashoggi, people would have instantly seen his rumored terrorist ties to both Hamas and al-Qaeda and the very real direct tie he has to an imprisoned terrorist plotter against the Saudi kingdom.

So why did Isikoff and Klaidman suddenly decided to spill the beans about the identity of their source? I believe that’s because Trump has investigators in Turkey digging into what’s really going on, and they knew it was going to come out anyway. But at least they got their fun week of international media hysteria before Saffuri’s cover was blown.

So, to sum up how we got here: Political partisans disguised as “reporters” found an al-Qaeda- and Hamas-connected person and used him as a source to float rumors that bin Salman had Khashoggi killed because Trump’s rhetoric made bin Salman think he’d get away with it.

This is looking increasingly like an attempt at smearing the Saudis, bin Salman, and Trump, likely in the hope of getting the arms deal between the United States and Saudi Arabia called off. If so, it is going to backfire massively on the people who rushed to judgment.