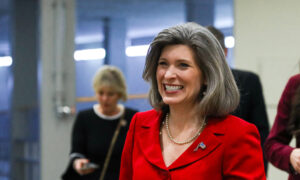 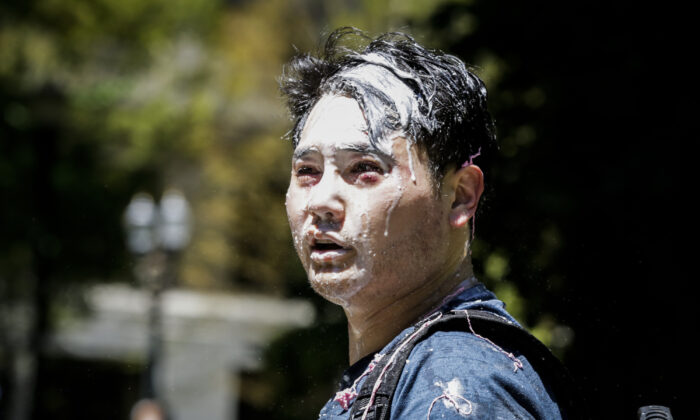 Independent journalist Andy Ngo and his family have been so threatened by the “violent, insurrectionary” group Antifa that he feared testifying before Congress, but he said he was even more afraid “of remaining silent.”

Ngo, who has covered Antifa since 2016, told a hearing on Aug. 4 of the Senate Judiciary Committee’s Subcommittee on the Constitution that “unless we take action, what is happening in Portland today will soon be happening in cities across the country.”

That’s because, Ngo said, “what we have witnessed are almost daily violent protests and riots led by Antifa. Even when they aren’t starting fires, using explosives, and trying to maim officers, they leave threatening messages like decapitated pig heads outside the courthouse.”

Ngo was referring to the more than two months of nightly destructive rioting seen in the Oregon city organized and led by the radical left-wing group, using as its pretext the nation’s outrage over the May 25 death of George Floyd in the custody of Minneapolis police.

As editor-at-large of The Post Millennial digital news site, Ngo’s highly detailed and well-sourced reporting has exposed Antifa’s decentralized organizational structure, fundraising methods, recruitment of new members, training in violent tactics, and insurrectionary plans to destroy the United States and replace it with a totalitarian regime.

“Antifa is not a myth. I have been reporting on its activities since 2016. Its threats to me and my family have proven all too real. As any good journalist knows, the most important stories are often those that are not being told. This story is not being told,” Ngo told the panel.

“The American public knows little about this violent insurrectionary group and its radical ideology,” Ngo testified. “I made Antifa my beat, and that makes me a target. Its followers regard my reporting as a threat to their mission, so they use violence and intimidation to try to frighten me into silence.”

When Antifa’s attempts in 2018 to discredit him as a “white supremacist” failed, he said the group turned to direct threats to kill him and hurt his family.

“They almost succeeded last year when they surrounded me in the middle of downtown Portland. I was beaten so badly that I was hospitalized with a [brain hemorrhage],” he said.

Ngo said he still suffers from the aftereffects of his beating, and he said local authorities have yet to arrest and charge anybody in connection with the assault.

“Unfortunately, too many in the media have chosen to ignore or downplay this extremism masquerading as demands for racial justice,” he told the subcommittee.

The Portland violence has been organized and led by the Youth Liberation Front (YLF), which he described as “a shadowy Antifa organization with secret membership.”

The YLF has “fronts across the U.S., organized on social media sites like Twitter. They openly advocate for violent uprisings in Portland and elsewhere,” Ngo said.

On July 25, for example, Ngo said the YLF issued “calls for national action” that were followed by riots in Seattle, Portland, Oakland, Austin, Atlanta, and Richmond, among others.

“There were multiple shootings, dozens of officers injured, and even a homicide,” he said.

“I have seen with my own eyes how hundreds of so-called protestors work together to carry out acts of organized criminality against government and civilians.”

Antifa has “mastered the art of making its violence appear innocuous. Projectiles that look like water balloons can be filled with chemicals, small slingshots can be used to project rocks, glass, and ball bearings into police lines, umbrella tips can be fastened with discrete pocket knives, and powerful, handheld lasers can cause serious damage to the eyes,” he said.

Sen. Ted Cruz (R-Texas), the subcommittee’s chairman, repeatedly challenged Sen. Mazie Hirono (D-Hawaii), the panel’s ranking minority member, to reject violence specifically by Antifa, but she refused to do so, saying only, “We all agree to reject violence by groups of any stripe.”

When Cruz repeated his challenge toward the end of the hearing, Hirono got up and left the hearing, prompting the Texas senator to remark: “She declined to speak, so that is the position of the Democratic Party. I would note also that of the seven Democratic senators who spoke, not a one of them apologized for or denounced multiple Democrats calling law enforcement officers storm troopers and Gestapo.”