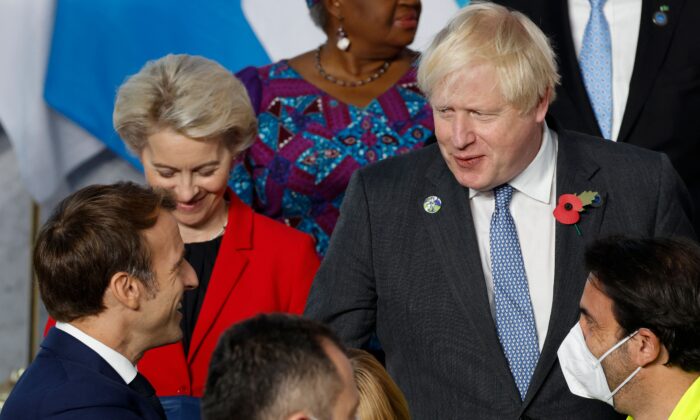 British Prime Minister Boris Johnson admitted on Saturday that UK–France relations have been hit by “some turbulence” amid an intensifying dispute about fishing rights, but emphasised that the two countries have more common interests than divisions.

France has accused the UK of breaking the UK–EU pact on post-Brexit relations after dozens of applications by French fishermen to fish in British waters were rejected.

France is threatening to block British boats from its ports and tighten checks on vessels if the issue is not resolved by Tuesday. The UK has said it could retaliate if France carries out its hard-line stance.

But Johnson told the BBC on Saturday that, despite “some turbulence in the relationship,” the things that united the two countries are more important than their divisions.

Fending off France’s accusations, Johnson told Sky News that he was “worried” Paris “may be about to become in breach, or is already in breach” of the UK–EU deal, and refused to rule out triggering the dispute mechanism clause in the Brexit trade agreement.

It comes after French President Emmanuel Macron, in an interview with the Financial Times, accused the UK of not keeping its Brexit pledges on fishing and lacking credibility.

“When you spend years negotiating a treaty and then a few months later you do the opposite of what was decided on the aspects that suit you the least, it is not a big sign of your credibility,” he told the newspaper.

Downing Street has said the UK government wants to resolve the dispute but stood ready to respond if Paris carried out its threats.

“We have been working with the French government to issue more licences. We stand ready to continue that work,” the Prime Minister’s official spokesman said on Saturday.

“We have seen a number of comments from the French government at varying levels in recent days and weeks that we don’t think are justified. If France were to proceed with the threats that they have set out, we will act in a calibrated manner.”

Meanwhile, the president and chairman of the French ports of Calais and Boulogne-sur-Mer told British media that he hopes “the British will find an agreement, a solution to get out of this point.”

Speaking to BBC Radio 4’s Today programme, Jean-Marc Puissesseau said there would be “a disaster” if France carried out its threat of blocking British trawlers from French ports.