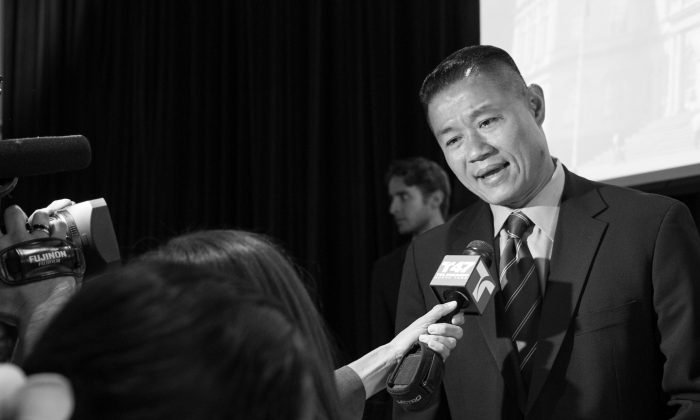 John Liu in Manhattan in 2012. He said Tuesday to the Daily News that he would concede to incumbent Senator Tony Avella. (Benjamin Chasteen/The Epoch Times)
New York

Demands for a recount didn’t help John Liu against state Sen. Tony Avella in the Democratic primary. A week after the primary, Liu has conceded to Avella, trailing more than 400 votes behind.

Liu refused to admit defeat to Avella last Tuesday, claiming that the victor was still anybody’s guess. When the number of votes did not tip in Liu’s favor, he told the Daily News Tuesday that he would concede.

Initially, Liu challenged Avella because of the latter’s involvement with the Independent Democratic Conference (IDC), a group of Democrats who caucused with Republicans to break the Senate partisan gridlock.

Although the IDC agreed to return to the Democratic caucus after the November midterms, Liu continued to run.

His future in politics is now uncertain while Avella is assured of representing northeast Queens for another term.

Liu’s past in politics is marred with disrepute.

Many in the Chinese community who supported him avidly in the early days when he ran for City Council looked askance at him after he took a trip to China in 2007. During the trip he met with a high-level official responsible for monitoring and harassing people in overseas Chinese communities.

Liu admitted to the World Journal in early September: “The government and candidates will never know who the voters are going to vote for.”