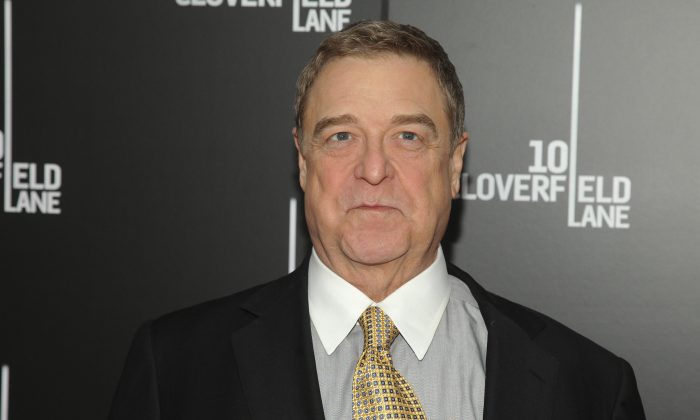 Actor John Goodman says he’ll never speak to colleague Kristen Wiig again after a run-in the pair had at a party.

Goodman relived the awkward encounter during an interview with Howard Stern on Stern’s Sirius radio show.

Wiig, known for her roles in comedic films and on Saturday Night Live, “was talking to somebody else, and I interrupted the conversation,” Goodman told Stern.

“And I would just hate for somebody to do that to me. And she goes, ‘yeah, I’ll talk to you in a minute.'”

Making the sound of a bomb dropping, Goodman added: “It was like the atom. I shrunk down to atom size. I really like her, and it was embarrassing, so I’ll never speak to her again.”

Fortunately Goodman found good comradarie with Brie Larson, with whom he co-stars in “Kong: Skull Island.”

“I love her. She is so charismatic. She would organize—she was like the only girl there, on set … every weekend she would organize stuff to do for people,” Goodman said.

“She’s over-sensitive about people getting nervous and angry and on each other’s nerves. She’s incredible.”