Joe Oliver: In Spite of Overarching Challenges, the Liberals Remain Unduly Fixated on a ‘Climate Emergency’ 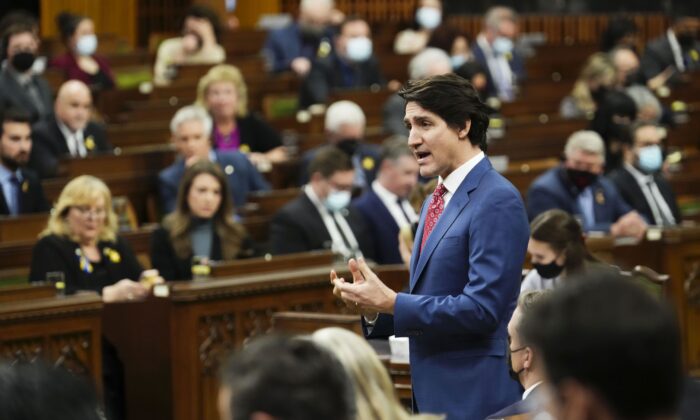 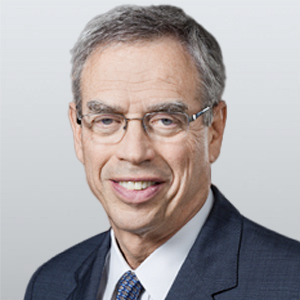 Canada is not immune to the dire challenges of a world gripped by the first European war since World War II, with nuclear threats from an irredentist Russia, a destabilizing energy crisis, a looming global recession brought on by central bankers aggressively raising interest rates to combat galloping inflation which they had previously underestimated, unprecedented public debt, and a lingering global pandemic.

The stock market’s wild volatility reflects these forces, with a chilling US$9 trillion drop in global stock valuations in the third quarter and uncertainty whether the most recent upswing is sustainable or a bear trap.

In spite of overarching challenges, Prime Minister Trudeau and his ministers remain obsessed with a climate emergency, a fixation that is unjustifiable for at least four reasons.

First, Canada represents only 1.5 percent of global emissions and the oilsands are a minuscule 0.1 percent, so the government is powerless to impact warming here or anywhere else. Second, global GHG emissions are up over 60 percent in the past 20 years because other countries, especially those with the most rapidly growing emissions, are doing precious little to decrease them, notwithstanding all their impassioned rhetoric. Third, the attempt to achieve net zero by 2050 would cost Canadians a crushing $2 trillion, according to RBC Economics. Fourth, Canada is blessed with some of the most abundant proven oil and gas resources in the world, yet Liberal policies block their huge potential for employment, economic growth, and public funding for critical social programs like health care.

What will Trudeau say to Canadians when a recession likely hits them next year, which could have been precluded or at least mitigated by the development and sale of oil and natural gas? Like a man falling from a skyscraper reassuring himself—“So far so good”—he will soon hit the pavement. Most countries couldn’t care less about a wealthy country’s self-harm, regardless of its high-minded motivation. However, there are two exceptions: European allies who urgently need energy resources, and fossil fuel exporters like Russia and other autocracies that benefit from reduced competition.

While our PM boasts about the nobility of his intentions and the moral superiority of his wokeness, Canada has become a vainglorious model of wasted potential and uselessness.

By imposing punishing taxes including a carbon tax, rigid production caps, and other draconian regulations like the Clean Fuel Standard, the government effectively precluded over $150 billion in gas and oil projects and strong-armed provinces to move to intermittent renewables that require backup from natural gas, which it also discourages. Eventually net zero can be achieved, but not at the targeted pace. Furthermore, the cost will be very onerous, especially for the least economically advantaged here and in the poorest countries. However, true believers do not question whether the headlong rush is justifiable or even achievable and whether there are better alternatives, including adaptation and more emphasis on scientific research.

Meanwhile, the European Centre for Medium-Range Weather Forecasts is predicting a colder winter with less wind and rain than usual, thereby reducing the generation of renewable power. Energy prices in Europe rose over 40 percent in September, driving inflation to 10 percent. The Brits and Dutch are returning to high-emitting coal and wood pellets to heat their homes. In Germany, nuclear plants may operate longer and the coal phaseout may be delayed. Twenty-seven EU energy ministers are backing emergency measures to cut power use and tax windfall profits of energy companies to reduce the burden on individuals and businesses.

U.K. Prime Minister Liz Truss advised King Charles to stay away from the upcoming COP27 climate summit in Sharm el-Sheikh, Egypt, since she does not want the new monarch to mouth off about a far-off climate emergency. Her government is focused on citizens who are confronting a heat-or-eat dilemma, prompting her to lift a moratorium on shale gas extraction that could eclipse North Sea production in 15 years. Furthermore, Truss appointed appointed Jacob Rees-Mogg, a well-known climate skeptic, as business secretary, and Suella Braverman, her powerful home secretary, questioned the wisdom of the net-zero goal.

President Biden keeps spouting environmental fealty, even as he opened 62 million acres of federal onshore and offshore lands to fracking. The Republicans seem poised to win a majority in the House of Representatives in the midterms and possibly the White House in 2024, which would change the direction of American climate policy.

Between 2015 and 2021, the United States reduced its emissions by 6 percent, mainly by moving from coal to natural gas. However, wealthy countries represent less than one-third of global emissions, so America’s improvements will be swamped by increases in India, Africa, and especially China that, during the same period, increased emissions by 11 percent. Furthermore, China is planning or building coal-fired power plants with a total capacity of at least 100 gigawatts, enough to power 77 million homes. Xi Jinping was clear: “We can’t be detached from reality. … We can’t toss away what’s feeding us now while what will feed us next is still not in our pocket.”

There was never a basis for the oft-repeated claim that 97 percent of scientists agree about a climate emergency. Now the much-vaunted scientific consensus is increasingly questioned. As just one example, over 1,400 scientists and professionals from 55 countries signed the World Climate Declaration asserting there is no climate emergency; warming has both natural and anthropogenic causes, it is far slower than predicted and has not increased natural disasters; CO2 is not a pollutant but rather the basis of all life; and climate policy must respect scientific and economic realities.

A dispassionate public discussion, without acrimony, insults, and threats, is long overdue about a public policy issue that some consider to be existential. So far that has proven to be impossible because of people like United Nations spokesperson Melissa Fleming, who proclaimed at a World Economic Forum meeting that “We own the science.”

On one side of this debate of the deaf are passionate believers in the imminent irreversibility of an apocalyptic climate emergency. The groupthink of quasi-religious adherents holds enormous sway in the corridors of political power, media, academia, and in the public square. On the other side are pragmatists who rely on facts over faith, data over ideology, and historicity over revisionism. We may finally be at a turning point as a result of scarce energy, galloping electricity prices, pervasive inflation, and compromised national security.

It’s time we had adults in the room who will act on scientific, economic, and geopolitical reality. Mind you, no one could credit our government with political maturity, an ability to competently deliver on its core mandates, or effectively respond to opportunities and threats outside its ideological bubble.

And the band played on.

Joe Oliver
Joe Oliver was the minister of finance and minister of natural resources in the government of Prime Minister Stephen Harper in Canada.