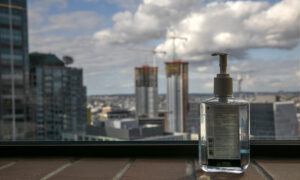 Looking at the Bright Side of a Pandemic
0 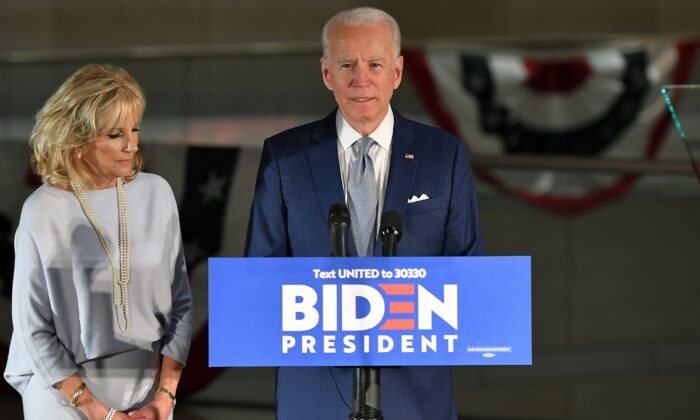 Even though Sen. Bernie Sanders (I-Vt.) says he’s staying in the presidential race—what else has he got to do—Joe Biden is looking more and more like the Democratic Party nominee.

The mano-a-mano debate on March 15 in Arizona is Bernie’s last serious opportunity to recover. He has even given us a preview of his method of attack, embarrassing Joe by pushing him as far to the left as possible on virtually every issue out there.

But even that will be unlikely to work for the primaries. Joe will play ball, conveniently forgetting for the moment how his more extreme responses might come back to haunt him in the general. (Prison reform? C’mon, man. Folks know me. Here’s the deal! I’ll replace every black person in jail with a white man!)

Bernie’s only hope is to go after Joe’s mental deficiencies, but he’s already made clear he won’t do that (because he doesn’t really want to win?).

So here’s the real deal—that is, where Campaign 2020 is headed.

From the almost-certain-to-be-final debate on until at least the Democratic convention in July, and most likely beyond, Biden will substantially disappear.

He will surface only intermittently and in controlled circumstances to avoid unfortunate incidents like this week’s profanity-laced confrontation with a factory worker over the Second Amendment or situations where he has to answer rapid-fire questions in general. (Most recently, Biden has accused Sanders of “joining” President Donald Trump. Go figure.)

Joe could well use the coronavirus as an excuse for his disappearance, so that he can hide from public view and scrutiny as much as possible.

The Democrats and the media will do their best to help with this. The last thing they want is to have the implosion of their candidate who is, to use a politically correct term, intellectually challenged. And they all know that’s a possibility.

Further, they don’t want Joe in a position where he has to answer questions about accusations of corruption in Ukraine and China, with or without his son, especially since the accusations have genuine substance.

They also wouldn’t want him accessible when the Durham report finally appears, as it could have implications for the Obama administration’s, and therefore Biden’s, involvement in the suspicious provenance of the Russia probe. Nobody wants a candidate accused of treason or sedition.

All this adds up to a candidate being as inaccessible as possible without arousing too much suspicion. Biden is already giving speeches that could almost be called minimalist. A recent victory speech lasted all of seven minutes.

Ironically, as I type this, I am watching the president’s meeting with bank chief executives on the financial consequences of the current world health crisis. It’s an exercise in government transparency rarely, if ever, seen. (You can assume none of the usual suspects—mainstream media, Democrats, and so on—will give him any credit for this, although California Gov. Gavin Newsom remarkably did.)

So far, Trump is taking to heart Michael Goodwin’s admonition to be as presidential and proactive as possible in dealing with the new coronavirus situation, even as the stock market plunges into bear territory. (See physician/Rep. Mark Green’s video on just how perspicacious Trump has been.)

This is the way to defeat “Hidin’ Biden” in the coming election. Be the president of all the people and earn the public’s respect in a time of economic and personal turmoil.

Roger L. Simon—The Epoch Times’ senior political columnist—is the screenwriter of seven feature films and the author of 13 books. His latest is “The GOAT,” available on Kindle Unlimited and audiobook, among several formats.