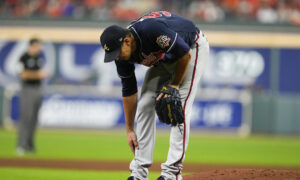 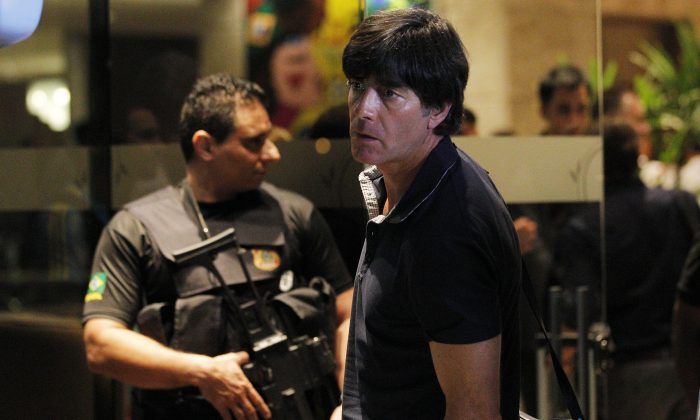 Joachim Loew Salary, Net Worth: How Much Does Germany Coach Make?

How much does Joachim Loew make?

Eventually, Loew moved on to management in 1994, coaching FC Winterthur’s youth squad as his first gig.

In 2004, Loew became the assistant Germany national team coach, and in 2006, the full coach, which he remains to this day.

RIO DE JANEIRO (AP) — No European team has ever won a World Cup played in the Americas. Just one more source of motivation for Germany ahead of Sunday’s final against Argentina.

“We know we can write history,” Germany coach Joachim Loew said. “South Americans have always dominated on their continent and this is an extra incentive for us.”

The geographical disadvantage is one of the few things going against Germany at the moment. The team has all the momentum after its 7-1 win over Brazil in the semifinals, and also contains many of the same players that beat Argentina 4-0 in the quarterfinals of the 2010 World Cup.

But Loew isn’t expecting that kind of easy victory at the Maracana Stadium in Rio de Janeiro on Sunday — and neither should anyone else, he said.

“Whoever does that hasn’t studied Argentina closely,” Loew said. “Argentina here is a very strong team. It’s very compact and its defense is much better organized” than in 2010.

The teams also met in the 2006 quarterfinals, when Germany won a penalty shootout and players then came to blows afterward.

That game won’t be in the minds of the players, though, midfielder Bastian Schweinsteiger said.

“Miroslav Klose is the only one (from 2006) still on our team,” Schweinsteiger said of Germany’s 36-year-old veteran striker.

Klose is also the only player who remains from the team that lost the 2002 World Cup final to Brazil. However, the entire team has plenty of experience from big matches, including major cup finals in club competitions.

“We don’t have pressure, we know how to deal with such a situation,” Schweinsteiger said. “We are focusing on what makes us strong. We have to remain calm and we have to be patient. It’s surely not going to be simple, Argentina deserves to be in the final.”

As for anyone who plays Argentina, the key for Germany will be to stop Lionel Messi. But the Barcelona star is far from the only thing the team has to worry about, Loew said.

“They are very strong in winning the ball and counterattack very quickly,” the coach said. “They attack you early, they put you under pressure and they have a very fast transition.”

That means it will be a matchup of two fairly even teams, he added. Although Loew is among those who think Germany has the edge.

“We have a healthy dose of confidence and if we manage to play our game impose our style, we will win,” Loew said.