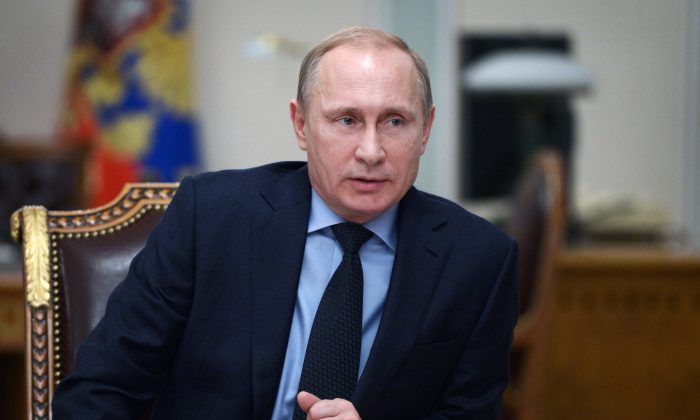 ‘Jihadi John’ is Vladimir Putin, According to CNN

After the identity of ISIS terrorist Jihadi John was revealed on Thursday, mainstream media outlets were clamoring to get the story up in a timely fashion.

However, it appears that CNN had some technical issues and displayed a photo of Russian President Vladimir Putin instead of the ISIS extremist.

The video can be seen here:

British counterterrorism officials wouldn’t confirm the man’s identity in media reports, but his name was leaked.

Masked, knife-wielding “Jihadi John” appeared in a video released in August showing the slaying of American journalist James Foley, denouncing the West before the killing. Former IS captives identified him as one of a group of British militants that prisoners had nicknamed “The Beatles.”

According to The Washington Post and the BBC, Emwazi was born in Kuwait, grew up in west London and studied computer programming at the University of Westminster. The university confirmed that a student of that name graduated in 2009.