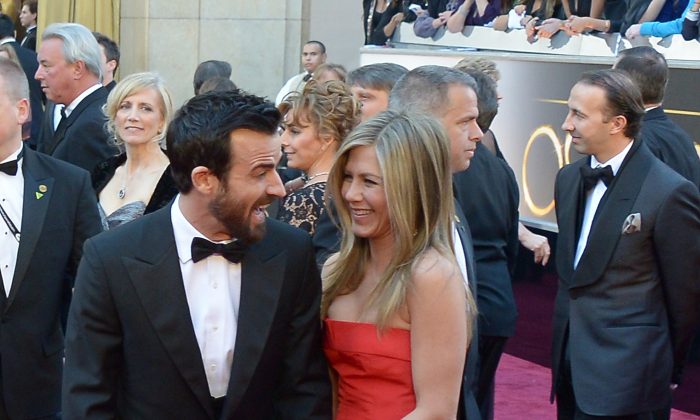 In a joint statement, the couple—who got married in 2015—said they wanted to keep their decision private, but lashed out at the media.

“Given that the gossip industry cannot resist an opportunity to speculate and invent, we wanted to convey the truth directly,” they said in a statement, USA Today reported.

Their marriage has been the subject a number of dubious supermarket tabloid stories for years.

“This decision was mutual and lovingly made at the end of last year,” the statement said. “We are two best friends who have decided to part ways as a couple, but look forward to continuing our cherished friendship.”

The couple added in their statement: “Whatever else is printed about us that is not directly from us, is someone else’s fictional narrative. Above all, we are determined to maintain the deep respect and love that we have for one another.”

E! News estimated that the couple is worth about $240 million in total, although Aniston’s fortune is worth $220 million, and Theroux is worth a reported $20 million. Forbes reported that Aniston was the second-highest paid actress in 2017, earning more than $25 million.

Other details about the separation were not made clear.