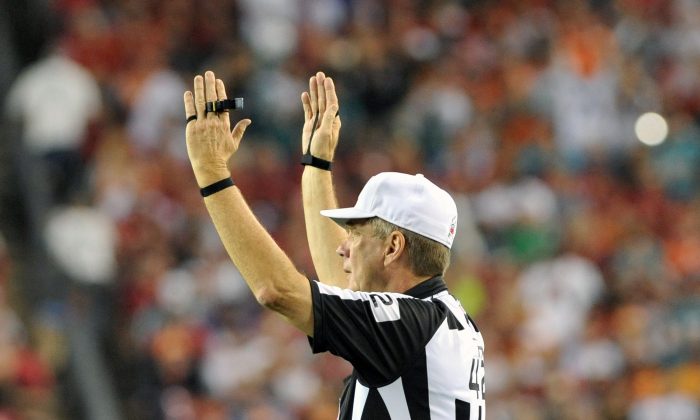 Jeff Triplette, an NFL official, was the target of fans’ ire on Twitter after he made a questionable call that gave Bengals running back Benjarvus Green-Ellis a touchdown against the Indianapolis Colts.

He said that no one touched Green-Ellis before he crossed the goal line.

A number of NFL experts disagreed with his call.

“Hey Jeff Triplette, why don’t you go ahead and sit the next few plays out?…#Colts,” wrote one.

Added another: “I think Jeff Triplette truly is blind.”

Said another: “Jeff Triplette’s using the game like he’s handing out gifts for the holidays, what happened to the ‘indisputable’ part of the overturn rule?”

“If this was soccer, Jeff triplette wouldn’t survive a game let alone a season with his consistent blown calls #Colts,” wrote one