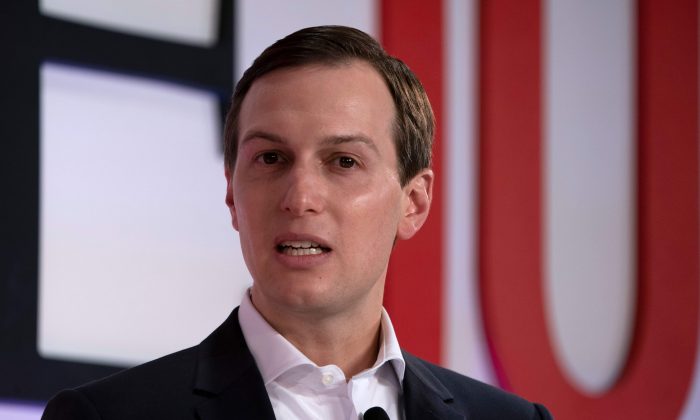 Jared Kushner: Much of the US Will Be ‘Back to Normal’ in June

President Donald Trump’s adviser, Jared Kushner, predicted that much of the United States will be “back to normal” by June amid restrictions and stay-at-home orders triggered by the CCP virus pandemic.

“I think what you’ll see in May as the states are reopening now is May will be a transition month, you’ll see a lot of states starting to phase in the different reopening based on the safety guidelines that President Trump outlined on April 19,” Kushner said on “Fox & Friends” on Wednesday.

“I think you’ll see by June that a lot of the country should be back to normal, and the hope is that by July the country’s really rocking again,” Kushner, who is Trump’s son-in-law, added in the interview.

His comments come as a number of governors have discussed the possibility of reopening certain businesses as the United States grapples with soaring unemployment numbers and contracting economic growth amid the pandemic. In the near future, state governments will have to walk the politically risky tightrope of opening up while trying to implement social distancing guidelines.

More than 20 million Americans have filed for unemployment benefits in recent weeks, while the U.S. gross domestic product (GDP) dropped 4.8 percent in the first quarter of 2019, according to figures released on Wednesday.

However, some public health experts and officials have warned that more testing and contract tracing is needed to reopen businesses in the absence of treatment or a vaccine. Dr. Anthony Fauci, a member of the White House CCP virus taskforce, is among those who have called for more testing, saying Tuesday that every American who needs one should be able to obtain one by the end of next month.

Kushner, in the interview, said that “the leading indicators are testing, are extraordinarily positive, and I’m very confident that we have all testing we need to start opening the country in accordance with the safety guidelines” laid out by the federal government.

More than 1 million people have contracted the CCP (Chinese Communist Party) virus in the United States, and more than 55,000 have died, according to researchers from Johns Hopkins University.

In recent days, Colorado Gov. Jared Polis and Texas Gov. Greg Abbott both said they would lift their respective states’ stay-at-home orders on May 1.

“I want to reiterate, the Safer-at-Home phase is not going back to life as normal. It’s not a major adjustment from where we have been,” Polis said in a statement. “Safer-at-Home means most Coloradans should continue to limit social interactions to the greatest extent possible to just individuals in your household and wear facial masks when you are out.”