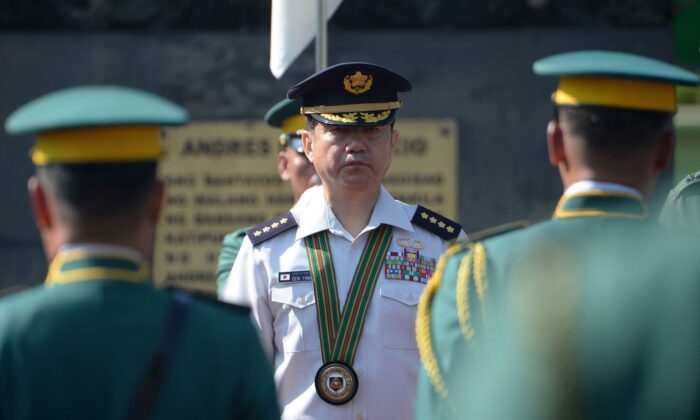 Japan’s top military commander departed for Brussels on Monday to attend a NATO meeting this week, which will touch on issues relating to security and defense cooperation in the Asia-Pacific region.

General Koji Yamazaki, chief of staff of the Joint Staff, is expected to attend the NATO Military Committee in Chiefs of Defense Session on Thursday, Nikkei Asia reported, citing the Japanese Defense Ministry.

This marks the first time a Japanese top military commander has attended such a meeting. Representatives from Australia, New Zealand, and South Korea, which are non-members of NATO, will also be present.

The discussion will center on Chinese maritime expansion in disputed seas and North Korean resumption of missile tests as NATO seeks to enhance cooperation with Asia-Pacific partners.

The meeting comes as Finland and Sweden expressed interest in joining the 30-member security bloc in the aftermath of Russia’s invasion of Ukraine. Japan is a partner of NATO but not a member state.

Speaking at the Hudson Institute on May 11, NATO Deputy Security General Mircea Geoana said that China’s rapid military expansion and modernization present a challenge to the global security environment.

“China is not an adversary to NATO,” Geoana said. “But its military modernization, its heavy investment in nuclear missiles and hypersonic missiles, and its coercive diplomacy, has security implications for all NATO allies.”

Geoana said that “like-minded democracies around the world,” and particularly “those in the Asia-Pacific region,” would need to work together to address the security implications posed by China and its strategic partner Russia.

To that end, Geoana said that Australia, Japan, New Zealand, and South Korea, “four highly-valued partners of NATO,” would play an invaluable role in helping the alliance to maintain peace and stability throughout the Indo-Pacific.

Japan’s Prime Minister Fumio Kishida met with NATO Secretary-General Jens Stoltenberg in Belgium on March 24, during which both sides reaffirmed their commitment to continued cooperation.

“As we confront serious challenges to the international order, as symbolized by Russia’s aggression against Ukraine, the security of Europe and the Indo-Pacific region cannot be discussed separately. Now is the time to strengthen cooperation between NATO and its partners, including Japan,” Hayashi said.