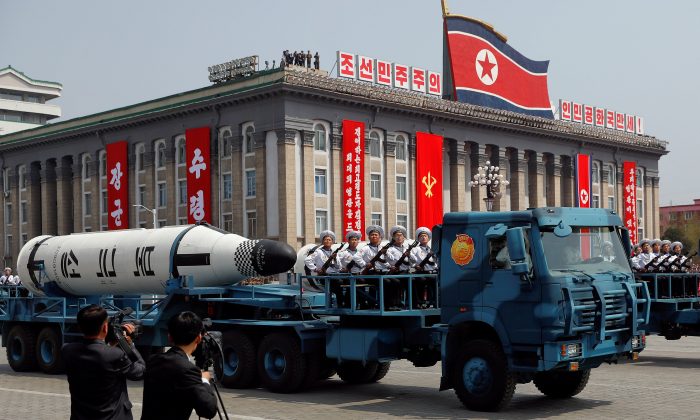 TOKYO—Sales of nuclear shelters and radiation-blocking air purifiers have surged in Japan in recent weeks as North Korea has pressed ahead with missile tests in defiance of U.N. sanctions.

A small company that specializes in building nuclear shelters, generally under people’s houses, has received eight orders in April alone compared with six orders during a typical year.

The company, Oribe Seiki Seisakusho, based in Kobe, western Japan, also has sold out of 50 Swiss-made air purifiers, which are said to keep out radiation and poisonous gas, and is trying to get more, said Nobuko Oribe, the company’s director.

Concerns about a possible gas attack have grown in Japan after Prime Minister Shinzo Abe told a parliament session this month that North Korea may have the capacity to deliver missiles equipped with sarin nerve gas.

time and money to build a shelter. But all we hear these days, in this tense atmosphere, is that they want one now,” Oribe said. “They ask us to come right away and give them an estimate.”

Another small company, Earth Shift, based in Shizuoka prefecture, has seen a tenfold increase in inquiries and quotes for its underground shelters, Akira Shiga, a sales manager at the company said. The inquiries began gradually increasing in February and have come from all over Japan, he said.

The Japanese government on Friday urged local governments to hold evacuation drills in case of a possible missile attack, heightening a sense of urgency among the public.

Some orders for the shelters were placed by owners of small-sized companies for their employees, and others by families, Oribe said. A nuclear shelter for up to 13 people costs about 25 million yen ($227,210) and takes about four months to build, he said.

The shelter his company offers is a reinforced, air-tight basement with an air purifier that can block radiation as well as poisonous gas. The room is designed to withstand a blast even when a Hiroshima-class nuclear bomb exploded just 660 meters away, Oribe said.

North Korea said on Sunday it was ready to sink a U.S. aircraft carrier to demonstrate its military might, in the latest sign of rising tension in the region.

The United States ordered the USS Carl Vinson carrier strike group to sail to waters off the Korean peninsula in response to mounting concern over the reclusive state’s nuclear and missile programmes.

In Japan’s previous experience with sarin gas in 1995, members of a doomsday cult killed 12 people and made thousands ill in attacks on Tokyo subways.