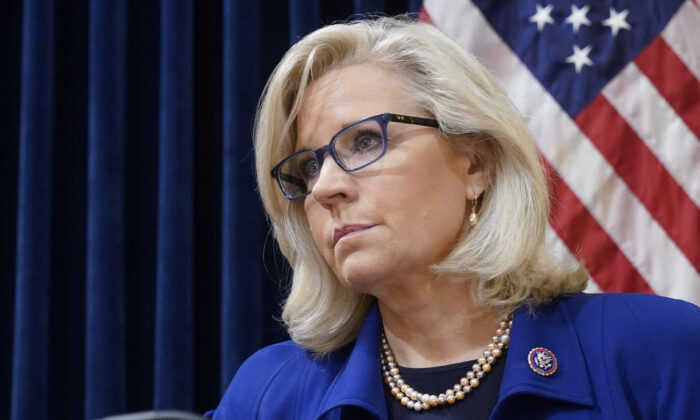 Rep. Liz Cheney (R-Wyo.) listens during the opening hearing of the House Select Committee investigating the attack on Capitol Hill in Washington on July 27, 2021. (Andrew Harnik/Pool/AFP via Getty Images)
Congress

The special House of Representatives panel investigating the U.S. Capitol breach will move criminal contempt charges against those who do not comply with its subpoenas, one of its Republican members warned on Tuesday.

Rep. Liz Cheney (R-Wyo.), a Trump critic and the panel’s vice chair, told reporters at the U.S. Capitol that those subpoenaed will have the opportunity to cooperate, but if they do not, the committee will enforce its subpoenas.

“In general, people are going to have to appear, or, you know, we will move contempt charges against them,” Cheney said. She said the entire committee was in agreement on that point.

Cheney said the committee expected to have depositions from Meadows and Patel later this week. “We’ll see if they show up. If they show up, we’ll be prepared,” she said.

In issuing the subpoenas late last month, Committee Chairman Rep. Bennie Thompson (D-Miss.) said in a statement that the four have close ties to the former president and were working in or had communications with the White House, on or in the days leading up to the Jan. 6 breach of the U.S. Capitol building.

“The Select Committee is investigating the facts, circumstances, and causes of the January 6th attack and issues relating to the peaceful transfer of power, to identify and evaluate lessons learned and to recommend corrective laws, policies, procedures rules, or regulations,” the Democratic congressman from Mississippi wrote at the time, highlighting the Jan. 6 committee’s authority established by House Resolution 503.

Bannon, Meadows, Scavino, and Patel were asked to appear for a deposition in mid-October.

According to the Justice Department, more than 570 individuals have been arrested in nearly all 50 U.S. states for crimes related to the Jan. 6 breach of the U.S. Capitol, including over 170 individuals charged with assaulting or impeding law enforcement. No one who participated in the breach has been charged with insurrection.