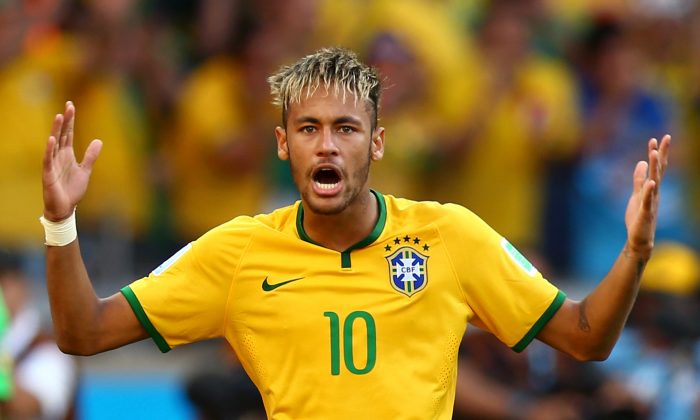 Neymar of Brazil celebrates after defeating Chile in a penalty shootout during the 2014 FIFA World Cup Brazil round of 16 match between Brazil and Chile at Estadio Mineirao on June 28, 2014 in Belo Horizonte, Brazil. (Photo by Ronald Martinez/Getty Images)
Soccer

James Rodriguez vs Neymar: 2013/2014 Stats, Head to Head, Player Comparison of AS Monaco, Barcelona No. 10 Players

Both No. 10s have been playing brilliant so far at World Cup 2014, and have done relatively well for their respective clubs as well.

Check out some of their key stats from WhoScored.com in all club competitions for the 2013/2014 below.