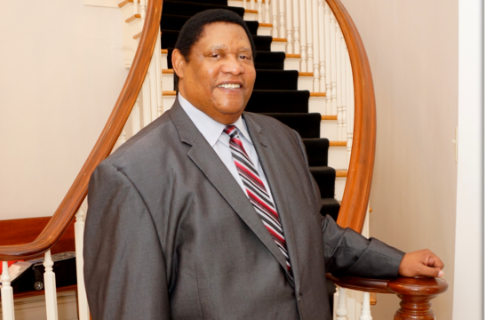 A Mississippi councilman has sparked controversy after calling for dramatic action against police.

Kenneth Stokes, a councilman in Jackson Ward, says he wants his constituents to send a message to police officers from other jurisdictions who chase misdemeanor suspects through their territory.

“What I suggest is we get the black leadership together, and as these jurisdictions come into Jackson we throw rocks and bricks and bottles at them. That will send a message we don’t want you in here,” he said, reported WLBT.

According to Stokes’ bio on the Ward’s website, he was first elected in 1989. He served for six terms before becoming a county supervisor, but returned to the council in a special election after his wife was made a county judge.

“Possessing a profound love and concern for our youth, he takes them on fun and educational trips throughout the year to encourage them to stay in school. For over thirty years, he has led the celebration of the life of Rev. Dr. Martin Luther King, Jr., in the City of Jackson, and he believes that our elderly have paid their dues and deserve our respect and devotion,” the bio said.

“He does his homework and listens to the concerns of his constituents, and he consistently honors outstanding citizens.”