It’s Worse Than Anyone Wants to Admit 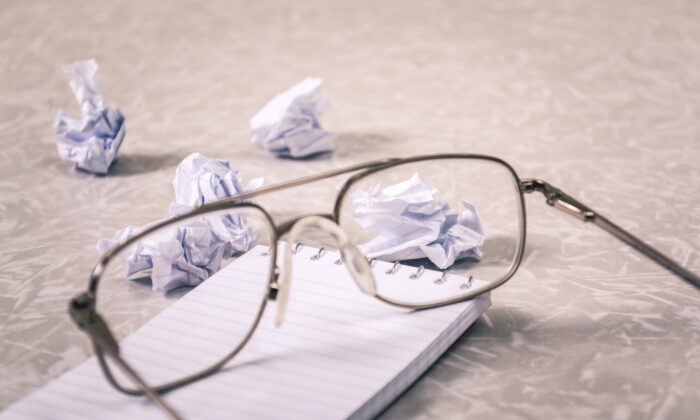 The great economist Frédéric Bastiat in the 19th century emphasized that the real costs of policy-inspired destruction is not what you see but what you do not see. (Steve Johnson/Unsplash.com)

The news on July 28 was entirely consumed in the throes of another definition change. What everyone understood is that what it means to be in a recession has been suddenly changed by government edict. It’s not a recession, they say.

Everything is going just great, they say, unless you are among the troglodytes who desire plentiful and low-priced energy, food, housing, and overall human thriving. Once you understand the beautiful world on the other side of the “transition”—to use the favorite word of the White House—you would see this suffering as actually beneficial in the long run.

These broken eggs are making omelets.

We can argue all day about the definition of recession, but it doesn’t take us to the intellectual place we need to be. The bottom line is that what we are experiencing now includes anomalies from previous downturns precisely because it is much worse. Only a few months ago, many worried that we were going back to the 1970s. That box has been checked. Then, we worried we were going back to the 1930s. My fear is that we might wish that were true.

The White House talks about the low technical rate of unemployment without referencing the falling labor participation rates that never recovered from lockdowns because so many people just left the workforce. Millions of previously employed Americans are living off legacy largesse from families or tapping plentiful unemployment benefits just to get by month to month. Real wages and salaries have been slammed, savings rates are sinking, and credit card debt is exploding.

It’s all hard to put in a picture but we can try, nowhere more saliently expressed than the change in real wages and savings, versus savings as a percent of personal income. The stable public data here go back to 1960 and here we see just how shocking these times truly are. Personal savings is half what it typically was from the 1960s through the 1990s, and even as recently as 2012. Real disposable personal income is falling dramatically.

You get a picture of a once-thriving nation being pummeled by pillaging public managers.

What is especially striking is how the hard times were preceded just before by one of history’s most duplicitous head fakes. Just after lockdowns, government flooded the frozen economy with trillions of dollars, pumped right into bank accounts around the country. It seemed like magic. We were never more prosperous, and we got that way doing nothing.

Here, we have one of the great lies in human history. Wise people among us always knew it couldn’t be true. You can’t close an economy up and cause everyone to be richer than ever. Plus it didn’t last that long. After less than a year, the astonishing bill came due. Inflation has taken a 9.1 percent bite out of savings, wages, and sages. It shattered business investment. It killed the long-term outlook of both producers and consumers.

Now, nearly everyone is struggling against all odds to preserve the illusion of prosperity that is dying the death.

We were fed the biggest lie in economic history. Even now, many people believe it. More profoundly, the fake prosperity of 2020–2021 instilled a widespread public cynicism. It seemed for a time like the whole system is a racket. There are no limits to what Congress can spend and what the Federal Reserve can print. Money is just paper and there is an infinite supply. Why not go whole hog and spread it as far and wide as prosperity? Who needs work? Who needs savings? Who needs investment?

The devil himself couldn’t have constructed a better game to shatter all normal senses of reality, befuddle the population, and devastate the settled values of countless generations. The great head fake of 2020 took away our intuitive sense of cause and effect in the economic, social, and cultural realms. The whole system today has the feel of scammery, because that’s what it is.

The great economist Frédéric Bastiat in the 19th century emphasized that the real costs of policy-inspired destruction aren’t what you see but what you don’t see. It’s the investment that did not take place, the income we did not make, the savings we otherwise would have socked away but did not, the technologies that might have come into being, the jobs that would otherwise have been created, the art and music that never saw the light of day, the progress that would have defined our times that we never saw.

Bastiat called this the difference between what is visible and what is invisible. It takes some sense of abstraction, some perception that lives within the imagination, to gain a full sense of the cost of such devastation. We will never know the fullness of it but we know it is there. The invisible exists if only in unrealized hopes and dreams. The real economists, Bastiat said, must see what is unseen.

Just one quick example: whereas the Woodstock music festival took place during the 1968–1969 pandemic, most arts venues were brutally shut down during this one, some for as long as two years. Tanglewood, one of our nation’s most revered arts institutions, just shut down as if art and music didn’t matter. This vast enterprise worth hundreds of millions suddenly saw itself as unnecessary. Talk about a lack of confidence in culture!

In this case, it was just governments that did this to Tanglewood. The institution itself internalized its own worthlessness and kept itself closed for far longer than was even necessary. They imagined that they were being virtuous in keeping everyone safe. They only ended up betraying their benefactors and customers, to say nothing of the artists who depended on them to stay open even in hard times.

So it went for institutions all over the country. Small businesses, civic associations, churches, workers, savers and investors, and just about everybody but public health bureaucrats, were all made to feel worthless at best and toxic disease spreaders at worst.

In short, if this were merely a conventional recession, we would be very fortunate. What’s happening in the trendlines of every important metric is shocking. But the real devastation is in the realm of the invisible: the progress and freedom of which we were robbed. We know who did this to us. It’s the very people who made the desolation and now call it transition.