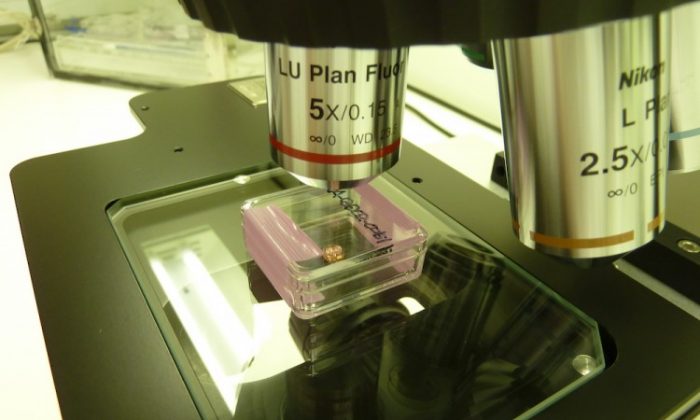 One of the fragments from the Itokawa asteroid. (University of Manchester)
Science

For the first time in history, dust grains captured from an asteroid in space are now being analyzed back on Earth to yield insights into how these space rocks develop.

Asteroids are remnants from the formation of planets like Earth. This research will help us understand our solar system’s early history and the formation of its planets over 4.5 billion years ago.

At only 50 to 100 micrometers in size–thinner than a human hair–the asteroid particles were collected by the Japanese mission Hayabusa in 2005 from the 500-meter-long Itokawa asteroid and brought back to our planet in 2010.

So far about 70 samples have been made available for study by 11 international teams, including at The University of Manchester in England.

“Meteorites are samples of asteroids that fall to Earth, and we’ve learned a lot by studying them,” said research team leader Henner Busemann in a press release.

“However, these grains are unique because we know which of the millions of asteroids they came from and they haven’t been exposed to the Earth’s environment.”

Prior to Itokawa, only two other planetary bodies have been sampled for analysis on Earth: the moon was visited by Apollo/Luna, and the Stardust probe took samples from comet Wild 2. All have been studied at The University of Manchester, which is home to the world’s most sensitive system for analyzing the rare gases xenon and krypton.

The team aims to learn how quickly the asteroid’s surface is being altered and via what processes, and also whether such asteroids could have brought matter to the Earth during its early years.