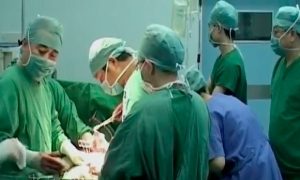 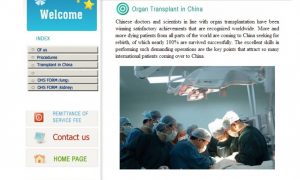 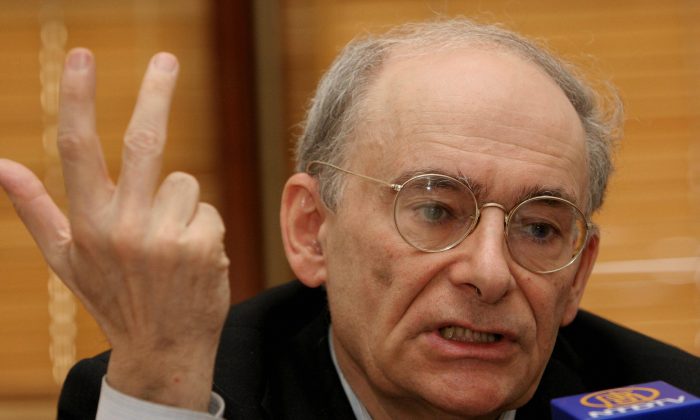 The international human rights lawyer David Matas gestures as he speaks during a press conference in Hong Kong, July 17, 2006, on the illegal harvesting of human organs in mainland China. (Woody Wu/AFP/Getty Images)
China

The world is acting quickly to counter the international traffic organs and Italy is in the game.

Only three days ago, July 9th, the Council of Europe adopted the first convention to combat human organs traffic, encouraging a “close international cooperation between Member States [of the Council] and non-member states.”

Yesterday at the Italian Parliament was held the First Symposium on Ethics in transplantation, which gathered together doctors, lawyers and institutions with the same goal: promoting ethical standards and legislative actions to eradicate an illegal phenomenon that involves the entire planet.

The related European Convention will enter into force three months after at least five countries – three of which have to be European – will have it signed.

The text underlines the principles promoted by the World Health Organization (WHO), but it also reveals for the first time a clear desire to bring together countries around the world to fight against transplant tourism and presents a “mechanism of specific follow-up” so the measures adopted will have an effective and practical application.

In Italy a bill promoted by Senator Maurizio Romani should be voted by the end of July – the senator, who attended the symposium, said. The bill will introduce in the Criminal Code the traffic of organs for transplantation and a penalty, from eight to twenty years, for “any person who organizes or publicizes travels for buying and selling organs.” The meaning of the bill emerges clearly reading the WHO’s data: one fifth of the annual 70 000 transplants in the world occurs through buying and selling organs. Then the purpose of the bill is to equate what the senator calls a “form of neo-cannibalism” to child trafficking and slave trading. The method prescribed to counteract is to start wiretaps, hence the importance of having a six years penalty in Italy, which is the minimum to start phone interceptions.

“The world situation shows a desperate search for organs,” says Dr. Harold King, a spokesman for the European Doctors Against Forced Organ Harvesting (DAFOH), an NGO that works on medical ethics. DAFOH is spearheading the international campaign against the forced removal of organs from prisoners of conscience in China and sponsored the symposium in Rome.

The organ traffic is a global phenomenon, which focuses mainly in the Philippines, Pakistan, India and China, but only in China the source are prisoners being killed – the rest of the world’s sources are living consenting donors.

China plays a silent role as a protagonist in international transplants: “China does not share any information, because everything concerning transplants are a state secret,” says Dr. King.

Independent research led the international community towards a greater awareness of what has happened, and is still happening, behind the silence of the Chinese government.

The report Bloody Harvest, completed in 2007, by international human rights lawyer David Matas and former Canadian Secretary of State David Kilgour, concluded – through more than 50 points of circumstantial evidence – that between 2000 and 2005 in China occurred more than 41,500 transplants of which we don’t know the source.

“It is not up to me to explain where these organs come from; it is up to China,” said Matas, speaker at the symposium in Rome.

Data provided by the Ministry of Health of China indicate a massive increase in the number of transplants just between 2000 and 2005.

According to Matas, everything can be explained by the beginning of the Falun Gong persecution in China, in July 20, 1999. Falun Gong is an ancient spiritual discipline that teaches the principles of truthfulness, compassion and tolerance. Falun Gong practitioners have indeed provided much of those “fresh organs”, which until a few years ago – before the publication of the Matas-Kilgour report – were promoted as excellence ‘products’ on some Chinese hospitals websites. First of all, hospitals are military buildings: in China, “the Army provides the organs, not the health care system,” Dr. King said.

Organs are managed by the army and are available on request with waiting times of two weeks – when in Italy the average wait for an organ is from two to three years.

China has shown a contradictory attitude toward their transplant system. For example in November 2013, when the Chinese government signed the Hangzhou resolution along with the Transplantation Society, announcing the end of harvesting organs from prisoners sentenced to death, a practice that violates the ethical principles accepted by the international medical community. The convention just adopted by the Council of Europe calls on governments to treat as a criminal offence the removal of human organs from living or deceased donors when “performed without free, specific and informed consent from the donor.” In China, the consent of executed prisoners is coercive.

A few months later, on March 7, Chinese officials contradicted the Hangzhou resolution, stating that they would not put an end to the removal of organs from prisoners sentenced to death, but that they would simply consider them as consenting donors.

Antonio Stango, an Italian expert in human rights and publisher of the book “State Organ: Transplant Abuse in China” expressed a feeling more and more popular among diplomats and representatives in the West: “We can not feel safe when we interact with a country that constantly violates human rights. We can’t trust China as a partner. “