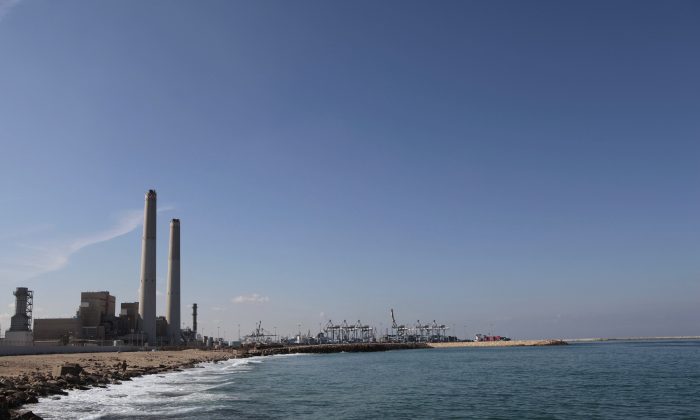 A general view of the Eshkol power station, the first in Israel to produce electricity from natural gas, in the coastal city of Ashdod, southern Israel, on Oct. 7, 2015. When natural gas was discovered a few years ago off the shores of resource-poor Israel, it was heralded as nothing short of a miracle, but an emerging deal with developers has been plagued by criticism, with opponents accusing Prime Minister Benjamin Netanyahu of caving to a monopoly. (AP Photo/Tsafrir Abayov)
Middle East

JERUSALEM—An Israeli Cabinet minister has resigned, clearing the way for Prime Minister Benjamin Netanyahu to circumvent a ruling of the country’s antitrust commissioner and advance a contentious natural gas deal.

Israel discovered two large fields in 2009 and 2010. But exploiting the gas has turned out to be more complicated than anticipated, amid repeated disputes over pricing, export policies and how to split profits with energy companies developing the fields.

Critics accused Netanyahu of caving into a monopoly at the expense of Israel’s coffers.

Economy Minister Arieh Deri had refused to overrule the antitrust commissioner. With his departure Sunday, Netanyahu can now push forward. He says gas will be Israel’s “number one growth engine” in the coming years.