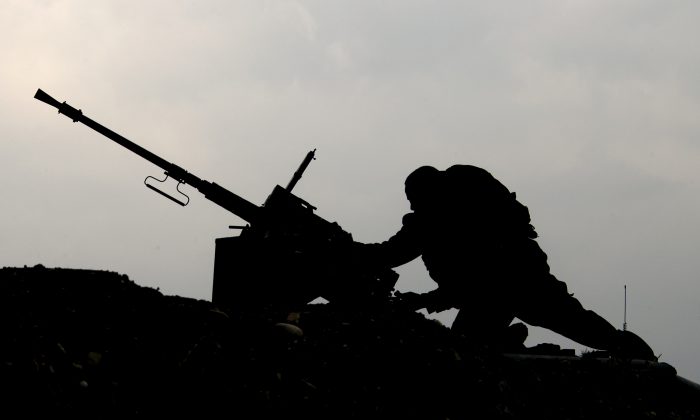 An Israeli soldier on an army vehicle stationed on the border between Israel and the Gaza Strip, on March 13, 2014. (Jack Guez/AFP/Getty Images)
Middle East

JERUSALEM—The Israeli military says a projectile fired from the Gaza Strip Thursday evening landed in the south of the country, breaking weeks of relative cross-border calm.

There were no reports of damage or casualties. Sirens warning of incoming rockets sounded in the Negev Desert town of Sderot and its surroundings.

No Palestinian group claimed responsibility for the rocket fire from the Palestinian enclave. Israel usually blames Hamas group for any violent act emanating from Gaza.

The attack comes at the end of Independence Day, which honors the creation of Israel after the end of the British Mandate in 1948.

Hamas and Israel observe an unofficial truce brokered by regional mediators, including Egypt and Qatar. Hamas says Israel doesn’t commit itself to the ceasefire’s terms, which envision significant easing of Israeli economic restrictions on Gaza.