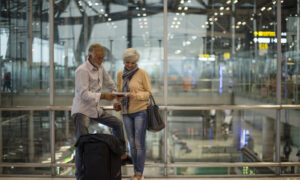 What Happens to Your Social Security Check If You Live Abroad?
0
Share Now
TelegramFacebookTweetEmailTellMeWeReddit
Copy Link 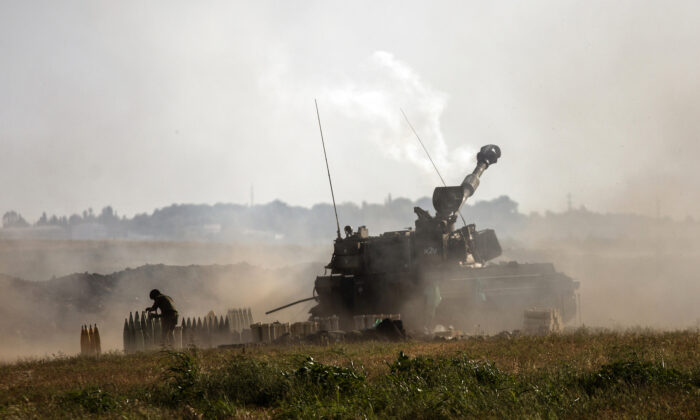 An Israeli artillery unit fires toward targets in Gaza Strip, at the Israeli Gaza border, on May 16, 2021. (Heidi Levine/AP Photo)
Middle East

The Israeli military has announced the destruction of 9.3 miles of a so-called terror tunnel network used by Hamas forces as part of its effort to degrade the ability of terror groups to launch strikes against Israel.

“Our fighter jets neutralized 9.3 miles of the Hamas ‘Metro’ terror tunnel system overnight. That’s 9.3 miles that can no longer be used for terror,” according to a statement on the official Twitter account of the Israel Defense Forces (IDF) on May 17.

In a May 17 update on Operation Guardian of the Walls, launched May 10 by the IDF in response to what it characterized as “non-stop rocket fire on Israeli civilians,” the Israeli military stated that more than 820 terror targets had been struck and at least 130 terrorists had been neutralized, while more than 3,150 rockets had been fired at Israel.

President Joe Biden spoke with Israeli Prime Minister Benjamin Netanyahu on May 15, reiterating his strong support for Israel’s right to defend itself against missile attacks.

“He condemned these indiscriminate attacks against towns and cities across Israel” and “encouraged continued steps to hold violent extremists accountable and to establish calm,” according to a readout of the call released by the White House.

Netanyahu told CBS News on May 16 that Israel would act decisively to protect its people and restore calm.

“We’ll do whatever it takes to restore order and quiet, and on the security of our people in deterrence. We’re trying to degrade Hamas’s terrorist abilities, and to degrade their will to do this again,” the longtime prime minister said, adding that he hopes the conflict doesn’t last long.

Besides destroying miles of the terror tunnels, the Israeli military also stated it had struck nine houses in different parts of northern Gaza that belonged to “high-ranking commanders” in Hamas.

“To prevent any further loss of civilian life and to prevent further escalation of conflict in Israel and the Palestinian territories, we urge an immediate ceasefire,” the senators said in a joint statement.