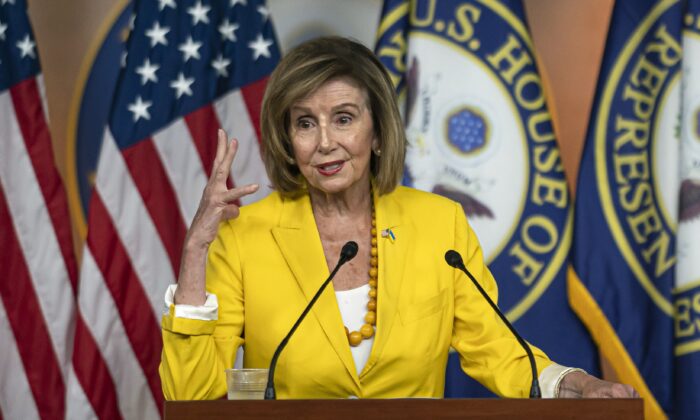 Is the Protection of Taiwan a Vital Interest of Australia?

Paul Keating, the former prime minister of Australia, has criticised the proposed congressional visit to Taiwan of the Speaker of the U.S. House of Representatives, Nancy Pelosi. In a statement, released on July 25, he said that the congressional delegation, headed by Pelosi, might “degenerate into military hostilities” and that it is hard to imagine “a more reckless and provocative act.”

It is not the first time that the former prime minister has waded into this nightmarish scenario by excoriating Australian and American policy critical of Beijing, arguing that the issue of Taiwan is merely an internal matter for China, and not a “vital Australian interest.”

Keating’s understanding of the Australia-China relationship may well have been developed with Australia’s national interest in mind. However, raising the spectre of a military conflict is an example of scaremongering politics which, itself, may fan the embers of an armed confrontation between Australia and China.

According to Josh Rogin, writing in The Washington Post, the Chinese regime is planning “massive retaliation” if Pelosi’s congressional trip were to go ahead. Some doomsayers even suggest that the Chinese air force might intercept Pelosi’s plane.

Admittedly, Beijing’s response to the proposed visit is predictably unpredictable. However, while the precise nature of the retaliation, if indeed it were to eventuate, is unknown, one thing is certain: if Pelosi’s visit were delayed, or even cancelled, it will be interpreted by the Chinese Communist Party (CCP) as a major victory because, using the language of Rogin, “Beijing could conclude that its strong-arm tactics have worked.”

He argues that Beijing “can’t be allowed to think it has a veto every time a congressional delegation wants to visit Taiwan.”

On this issue, it is instructive to note that the United States does not speak with one voice on this matter. Indeed, according to reports, the White House is not in favour of Pelosi’s proposed congressional visit and the American military has warned her of possible CCP retaliatory action.

However, such an argument is difficult to maintain in view of the fact that Taiwan has never been ruled by Communist China. Indeed, on April 17, 1895, the Qing Empire ceded Taiwan to Japan where it effectively became a Japanese colony until 1945. When the Communist party forces victoriously proclaimed the People’s Republic of China in October 1949, the beaten Kuomintang forces fled to Taiwan and ruled the island until the country was transformed into a democracy in the 1980s.

So, Taiwan has not been ruled by China for the last 127 years. Hence, Beijing’s aggressive stance towards Taiwan and its intimidatory incursions into Taiwanese airspace constitute egregious examples of naked aggression and misplaced ambition. But the Chinese leader Xi Jinping, has vowed to conquer Taiwan by 2049, marking a century of China under communist control.

Of course, this expectation is an optimistic Chinese view of the future because it assumes that communism will survive that long. If the demise of the Union of Soviet Socialist Republics is an indication, the Chinese Communist Party may well implode from within, caused by its disdain for basic human rights and cruel suppression of democracy.

Keating’s contribution to this debate ignores the rights of Pelosi and her congressional colleagues to visit a democratic country. The politics of placatory accommodation, so keenly promoted by Keating as a viable strategy, clashes with the democratic rights of people.

Why should such a strategy trump the legitimate desire of politicians to visit a shining example of democracy in action? Indeed, Keating’s strategy involves the sacrifice of principle at the altar of unprincipled political convenience. In the end, such a strategy merely prolongs the reality of intimidation, so effectively practised by Beijing.

If one also considers China’s manufacturing of sophisticated weapons capable of striking any place in the South Pacific, its well-documented violations of human rights, and relentless pursuit of its social credit system to control its population, the view that Australia’s interests are not vitally affected is a puerile understanding of a complex situation.

Nevertheless, apologists of China in the West have argued that it’s economic and political system—“capitalism with Chinese characteristics”—has achieved wondrous miracles by alleviating poverty.

For example, Klaus Schwab, the founder of the World Economic Forum (WEF) has consistently praised China and its leaders, saying that “China has kept sustained high-speed economic growth for the past 30 years and has become one of the fastest-growing economies in the world” and that China is building “an innovative open, fair and inclusive society.”

But such a view fails to consider the abominable cost paid by millions of people to bring about this transformation. And while it is easy to give credit to China for its supposed economic miracle, it is impossible to know what could have been achieved if the country had been a functioning democracy.

The possibility, or even likelihood, that so much more could have been accomplished under a democratic system of government, may well explain why China is so keen on subduing Taiwan.

Taiwan is an excellent example of what could be achieved, under democratic conditions, to secure both economic prosperity and personal freedom. It is this comparison between a communist behemoth and a small democratic island that the CCP does not want to make.

Pelosi’s proposed congressional visit to Taiwan may thus well serve the vital interests of the United States and of Australia.