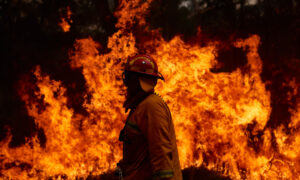 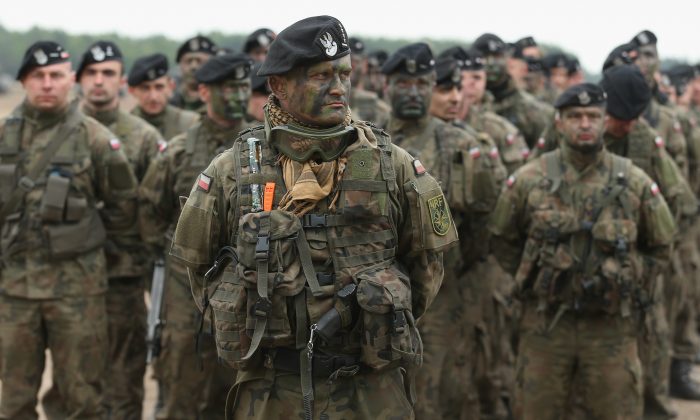 Is the EU Anywhere Near Getting Its Own Army?

As part of a warning by a group of former military officers that the European Union undermines the U.K.’s military effectiveness, former General Sir Michael Rose expressed concern at the EU’s plan to set up its own army.

But in a speech on May 9 outlining why the U.K. would be more secure if it remained in the EU, British Prime Minister David Cameron said suggestions of an EU army were “fanciful” and that the U.K. would veto any suggestion of it.

As Cameron pointed out, there is a significant gap between the rhetoric and reality of the establishment of a fully functional European army.

The creation of a European army is a long way off and by no means inevitable.

The creation of a European army is a long way off and by no means inevitable. Even the most supportive nations, such as Germany, would acknowledge this reality.

As defense falls within the intergovernmental sphere of EU law, any single member state can veto its creation ensuring that the prospect of the U.K. getting dragged into an EU army against its will is zero. In fact, one could argue that the U.K. remaining inside the EU would do more to prevent an EU army than a Brexit would.

In truth, EU member states and especially the so-called big three—France, Germany, and the U.K.—would have to be fully committed to the project politically. They would also have to strategically reconfigure everything from defense budgets to capabilities to chains of commands to align with the goal of an EU army. There are absolutely no signs of this transpiring in the near future—and not just because the U.K. has been the traditional foot-dragger.

It is no secret that the U.K. has been a reluctant champion of the EU’s Common Security and Defense Policy (CSDP) for some time. Yet for different reasons and in different ways, France and Germany have also been less than willing to invest much more than rhetoric to the D in CSDP of late too, never mind to a full-blown EU army.

France—historically the traditional advocate of European defense—has lost confidence in its EU partners due to their reluctance to commit to EU operations. And although a general promoter of multilateralism, Germany still sidesteps the issue of how and when to use force in response to the threats it identifies.

Amid the acrimony of the Brexit debate, one can be forgiven for thinking that the U.K. is the only EU state that jealously protects its sovereignty. The reality is that the protection of sovereignty by all member states is the key restraint to the formation of an EU army. This is not just due to some limited understanding of the concept of sovereignty.

EU member states have not moved forward in this area for the simple reason that they do not have the confidence that their interests, threat perceptions, politics, and strategic cultures will align sufficiently to warrant such a loss of sovereignty. Individual nations are not yet prepared to abandon national privileges and traditions for the Europeanization of defense.

While the prospect of a truly EU army is indeed “fanciful,” the EU is no stranger to providing security forces. This is partly through the European countries in NATO but also through the Eurocorps, an intergovernmental military corps of about 1,000 soldiers based on the Franco-German Brigade in Alsace, France.

More recently, CSDP missions, beginning in 2003, have ranged from stabilization missions in the Democratic Republic of Congo and former Yugoslavia to anti-piracy operations in the Gulf of Aden.

Military cooperation with other European states has been a traditional part of the post-World War II security governance community established in and emanating from the Euro-Atlantic community.

What Conditions for an EU Army?

A recent European Union Institute for Security Studies (EUISS) report envisioned no fewer than five futures for European defense including an “integrated European army” that would significantly enhance “Europe’s capability contributions to NATO.” Even the most ardent supporters of an EU army, including European Commission President Jean-Claude Juncker, are quick to state that it would not be in competition with NATO.

An EU army is such a distant and uncertain likelihood that making predictions on the implications for NATO and European security is a fool’s errand. In order for a future EU army to be established, Europe would have to be considerably more politically integrated with corresponding strategic ambitions and complementary attitudes on the use of force.

This would also necessitate a commitment to an equitable sharing of the burden vis-à-vis the United States and the provision of European security. For its part, the United States now seem much less concerned with the form EU defense takes than just encouraging its allies to spend more on it.

Of course, external forces could also drive more integration including a significant U.S. abandonment of European defense (disengaging from NATO for example), coupled with considerably intensified security threats from Europe’s eastern and southern flanks. It may come down to the unsustainable cost of maintaining 28 individual armed forces with intensified economic stagnation and swelling defense costs.

A true EU global strategy remains a chimera. Permanent Structured Cooperation, an EU Treaty instrument for potential deeper EU defense integration, so far exists only on paper. EU battlegroups—units of troops ready to deploy at short notice—have existed conceptually since 2007 but they have yet to be deployed in any of the EU’s 37 missions, and a permanent EU operational headquarters remains blocked by member states.