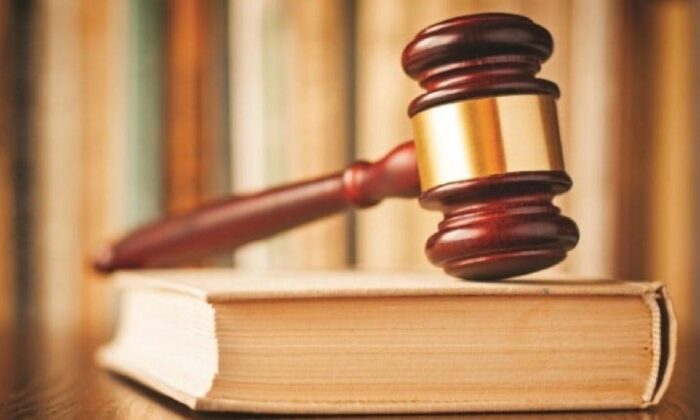 One problem for CEOs who direct their companies to follow the goals of environmental, social, and governance (ESG) criteria is that, in doing so, they may be breaking the law. According to legal experts, ESG initiatives can cause companies to break antitrust, civil rights, and Employee Retirement Income Security Agency (ERISA) laws.

“The way ESG is being implemented is completely antidemocratic, which is to say that they are just flouting laws,” George Mason University law professor Todd Zywicki told The Epoch Times. “They’re flouting democratically elected laws and bringing things about that are often illegal.”

Companies that take part in coordinated actions against other companies or industries could be violating antitrust laws, according to a report titled “Liability Risks for the ESG Agenda” (pdf) by Washington law firm Boyden Gray & Associates.

“Federal law prohibits companies from colluding on group boycotts or conspiring to restrain trade, even to advance political or social goals,” the report states.

It cites the Sherman Act of 1890, which prohibits “every contract, combination … or conspiracy in restraint of trade or commerce.”

“Antitrust laws in general, and the Sherman Act in particular, are the Magna Carta of free enterprise,”  Supreme Court Justice Thurgood Marshall wrote on the subject. “They are as important to the preservation of economic freedom and our free-enterprise system as the Bill of Rights is to the protection of our fundamental personal freedoms.”

Hundreds of the world’s largest corporations have signed joint pledges through international clubs such as Climate Action 100+, the Glasgow Financial Alliance for Net Zero (GFANZ), the Net Zero Banking Alliance, the Net Zero Asset Managers Alliance, and others to reduce the use of fossil fuels.

GFANZ, which includes 550 global corporations as members, states that “all members have independently committed to the goal of net zero by 2050, in addition to setting interim targets for 2030 or earlier and reporting transparently on progress along the way.” GFANZ banking members include Bank of America, Citibank, JPMorgan Chase, Wells Fargo, BlackRock, Morgan Stanley, and Goldman Sachs.

The Boyden Gray report notes that the argument that ESG advocates make—that companies that follow ESG guidelines are better investments —“relies heavily on bandwagon effects.” In other words, if enough asset managers collaborate to shift their investments toward ESG-compliant companies, the shares of those companies become more valuable—and even more so if governments subsidize industries like wind and solar while punishing fossil fuel companies.

Beyond antitrust, another area where ESG policies may run afoul of America’s laws is where the push for racial and gender equity violates the Civil Rights Act of 1964, which prohibits discrimination on the basis of race, color, sex, religion, or national origin. In step with ESG social justice goals, United Airlines announced in April 2021 that it would set racial and gender quotas when hiring pilots.

The company stated that “our flight deck should reflect the diverse group of people on board our planes every day. That’s why we plan for 50 percent of the 5,000 pilots we train in the next decade to be women or people of color.”

A number of recent court rulings have underscored the validity of laws regarding racial discrimination. In June 2021, a federal judge ruled that the Biden administration’s farming grants, which gave preference to racial minorities, were illegal. In a separate case, the courts ruled that COVID-relief grants by the Biden administration that excluded white restaurant owners were also illegal.

But America’s civil rights laws go beyond government policy to include private industry, as well, opening companies up to lawsuits from employees. In August, for example, American Express became the latest company to face an employee lawsuit for racial discrimination. Brian Netzel, a decade-long employee who was fired in 2020 on what he claims are racial grounds, stated in his class-action lawsuit that American Express “gave preferential treatment to individuals for being black and unambiguously signaled to white employees that their race was an impediment to getting ahead in the company.”

In October 2021, David Duvall, a white male, was awarded $10 million by a jury that agreed with his claim that he was fired as part of a race-based policy by his employer, Novant Health. After five years of positive work reviews, he was fired “without warning or cause as part of an intentional campaign to promote diversity in its management ranks; a campaign [Novant] has boasted about publicly,” his suit stated.

“It’s been well known for decades that quotas are illegal,” Zywicki said. “But when you start looking at things like racial sensitivity training, they’re engaging pretty much in rampant stereotyping, negative stereotyping of certain groups, and they are engaging in rampant preferences for others. All of this runs pretty clearly up against existing civil rights laws.”

Diversity, equity, and inclusion (DEI) programs, a component of ESG, are coming under fire, both as mandatory employee training and as hiring criteria.

It was reported on Nov. 2 that the University of North Carolina’s School of Medicine “forces applicants, students, and professors to constantly prove their commitment to the tenets of diversity, equity, and inclusion as a prerequisite to advancement, rather than basing such decisions on merit alone.” This was based on a report by a nonprofit called Do No Harm, which charged that one of the University of North Carolina’s main criteria for hiring and promotion of teachers was “a positive contribution to DEI efforts.”

Stanley Goldfarb, the chairman of Do No Harm, stated in a letter to the school that: “It is inappropriate to require that candidates for promotion and tenure demonstrate their commitment to a political ideology. Forcing candidates to declare their support for DEI when many undoubtedly oppose it would compel dishonesty.” This report comes amid a case before the U.S. Supreme Court wherein the university was charged with having unconstitutional race-based admission standards.

A third area where ESG clashes with the law regard the legal obligation of fund managers and corporate executives to act in good faith and in the best interests of investors and shareholders.

The Employee Retirement Income Security Act, passed in 1974 to address corruption and misuse of pension money, requires that private pension fund managers invest “solely in the interests of participants and beneficiaries.” It set what is called a “prudent expert” standard of care for fund managers and allows fund beneficiaries to sue managers for failing to uphold this standard.

An August letter to BlackRock, signed by 19 state attorneys general, for example, charged that BlackRock had a “duty of loyalty” to state pensioners who invested in its funds and that “[their] actions around promoting net zero, the Paris Agreement, or taking action on climate change indicate rampant violations of this duty, otherwise known as acting with ‘mixed motives.’”

In response, BlackRock wrote that “one of [its] most critical tasks as a fiduciary investor for [its] clients is to identify short- and long-term trends in the global economy that may affect [its] clients’ investments.” The letter states that “governments representing over 90 percent of global GDP have committed to move to net-zero in the coming decades. We believe investors and companies that take a forward-looking position with respect to climate risk … will generate better long-term financial outcomes.”

State attorneys general disagreed, stating that despite climate-change rhetoric: “governments are not implementing policies to require net-zero … In particular, the United States has not implemented net-zero mandates. Despite doing everything in his power at the beginning of his presidency to shut down fossil fuels, even President Biden is appearing to reverse course given the harm his inflationary policies have inflicted on the American people.”

In October, Swiss bank UBS downgraded the shares of BlackRock, stating that “as [BlackRock’s] performance deteriorates and political risk from ESG has increased, we believe the potential for lost fund mandates and regulatory scrutiny has recently increased.”

“There was a shareholder action against Coca-Cola when they had their ‘act less white’ campaign,” Zywicki said. “Some shareholders filed a lawsuit and basically said when you do that you are risking litigation, you’re risking liability for this company. Just pretending like the laws don’t apply to this situation isn’t going to get you off the hook.”

In March, Disney took a political position against Florida’s “Parental Rights in Education” law, declaring that a provision of the law that banned teaching of sexual topics to children in kindergarten through third grade was “a challenge to basic human rights.” In response, America First Legal (AFL) issued a letter to Disney on behalf of shareholders, accusing the company of “wasting corporate assets and compliance violations.”

AFL charged that in pursuing a political ideology both externally and internally among its employees, as well as actively putting sexual content into its own movies and shows, Disney’s executives “have chosen to discriminate, create a hostile work environment, and drive away creative, loyal, and talented employees; alienate the company’s core customers; and violate the law, all for the purpose of advancing a very narrow political and social agenda promoting, inter alia, sexualizing content provided to young children. Accordingly, management has placed the company’s assets, including its brand, reputation, and good will, at risk.”

The U.S. Department of Labor, which regulates private pension funds, issued a directive following a 2019 executive order by then-President Donald Trump to enforce ERISA rules regarding pension funds and ESG investing. It stated that “providing a secure retirement for American workers is the paramount, and eminently worthy, ‘social’ goal of ERISA plans; plan assets may not be enlisted in pursuit of other social or environmental objectives.”

The Biden administration has since reversed this directive, allowing pension money to be invested in ESG funds.