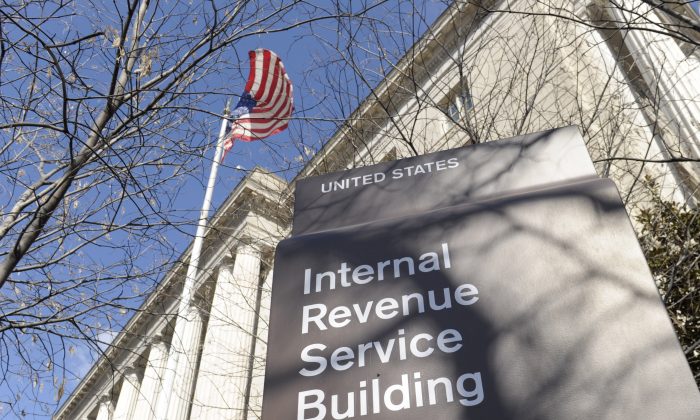 Apparently, the IRS needs a little firepower to help with those audits.

The IRS has stockpiled five million rounds of ammunition and spent $725,000 on bullets this year, according to Florida Congressman Matt Gaetz, who has introduced a bill to block future ammunition purchases by the agency.

The Republican lawmaker announced his sponsorship of the Disarm the IRS Act in a July press release. The bill would ban the IRS from acquiring ammunition through direct purchase or otherwise. The bill awaits a potential vote in the House Ways and Means Committee.

The issue drew national attention after Gaetz appeared on Fox News’ Jesse Waters Primetime last week, saying that the IRS had spent $750,000 in 2022 alone on ammunition.

“Call me old-fashioned, but I thought the heaviest artillery an IRS agent would need would be a calculator, not $725,000 worth of ammunition,” Gaetz said during his appearance on Fox News.

Other bill cosponsors took to social media, questioning the need for a heavily armed tax agency.

“Why is Biden trying to weaponize the IRS?” Rep. Jeff Duncan posted on Twitter on July 7, adding that while the IRS builds up its arsenal, citizen Americans face ammunition shortages.

Rep. Gosar commented on Twitter July 14 that it was time to disarm “this band of highwaymen and stop them from taking our money under the threat of violence.”

While people may not think of the IRS needing weapons and ammunition, it has a criminal investigation division with armed law enforcement to pursue tax felons.

According to the Officer Down Memorial Page, four officers with the IRS have died since 1989 from medical conditions or accidents. None was firearm related.

But the IRS isn’t the only governmental agency building up massive caches of guns and bullets.

OpenTheBooks.com, a nonprofit government watchdog group, released a report called “The militarization of the U.S. Executive Agencies” in December 2020, detailing how agencies that people wouldn’t normally associate with law enforcement were stockpiling weapons and ammunition.

The Environmental Protection Agency owns 600 guns. At the same time, special agents at the National Aeronautics and Space Administration are equipped with machine guns and AR15s. Even the Smithsonian Institution employed 620-armed “special agents,” up from zero officers in 2008, according to the report.

Adam Andrzejewski, CEO & founder of OpenTheBooks.com, told The Epoch Times via email that the public should question why these agencies are armed to the teeth. Not only do they wield legal power, but they are also amassing firepower.

“Just who are the federal agencies preparing to battle?” Andrzejewski wrote.

Andrzejewski said there is no public purpose for rank and file, paper-pushing federal agencies to load up on guns, ammunition, and military-style equipment.

“Our data shows that the federal government has become a gun show that never adjourns. Taxpayers need to tell Washington that police powers belong primarily to cities and states, not the feds,” he stated.