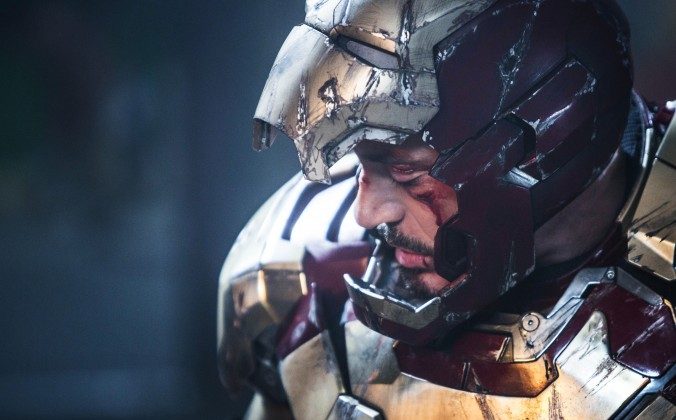 Robert Downey Jr., in Iron Man 3, could bow out of Iron Man 4--or even be killed off in the Avengers 2. (Marvel)
Entertainment

Iron Man 4 is still very much up in the air, primarily from the uncertainty of Robert Downey Jr. returning to the popular franchise because his contract is up.

Downey Jr. has been filming as Iron Man in the Avengers 2, also known as Age of Ultron, but it has recently been announced that he’s wrapped up his part.

The star actor told fans via his Facebook page that he had been unemployed for two days, meaning that he has been done filming his part in the Avengers sequel.

Only recently director Joss Whedon said via Twitter that filming was about halfway done.

That has prompted rumors that Iron Man may be killed off in the Avengers 2, although it could also mean that he has a reduced role or that Whedon worked with Downey to film Iron Man’s scenes more closely together so he could be done quicker.

“With Scarlet Witch and Quicksilver now banging around, not to mention a bigger badder foe, perhaps the Iron Man role- compared to the first film at least- has been slimmed down. Tony Stark was arguably the focus of the first installment so Whedon could equally have just decided it was someone else’s turn,” reported Movie Pilot.

Regarding the death rumors, it added:

“Its unbearable to think it but the unspeakable could still happen. Nothing has yet been confirmed for Iron Man 4 so could Whedon commit this cardinal sin and kill the most iconic MCU superhero off?”

“I believe there will be a fourth Iron Man film and a fifth and a sixth and a 10th and a 20th,” the producer said. “I see no reason why Tony Stark can’t be as evergreen as James Bond. Or Batman for that matter. Or Spider-Man. I think Iron Man is a character just like that.”