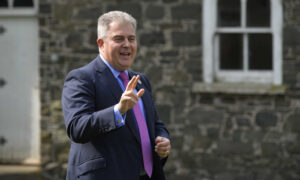 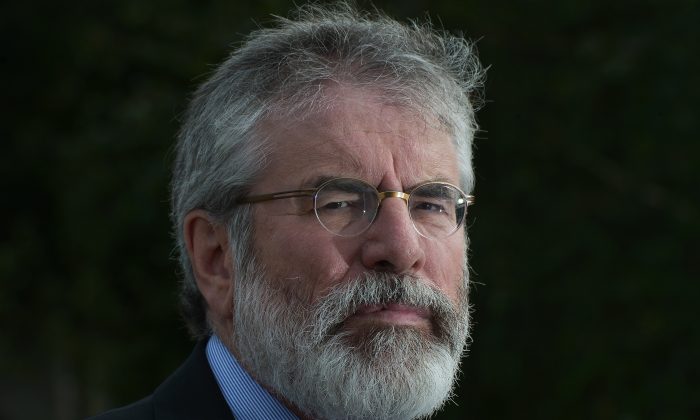 The Secret Service apologized to Irish politician Gerry Adams on March 16 for denying him entry to a St. Patrick’s Day celebration at the White House the day before, blaming an administrative error.

Adams is the leader of the Irish political party Sinn Fein, and a member of Irish Parliament. He has been attending the St. Patrick’s Day celebration since the 1990s when he was resolving conflicts in Northern Ireland.

On Twitter, the Irish politician posted a picture of his invitation:

In a statement, Adams expressed frustration saying he had all the correct paperwork in order, and suspected that his denial had to do with his party affiliations:

“After two decades of travelling back and forth to the USA and countless meetings in the White House with successive U.S. Presidents, this is an unacceptable development,” Adams wrote. “It is obvious that there remain some within the U.S. administration who seek to treat Sinn Fein differently.”

Sinn Fein will not sit at the back of the bus for anyone.

Adams waited for over an hour, as other guests filed into the reception, before leaving. In his statement he said that Sinn Fein “will not sit at the back of the bus.”

“Sinn Fein will not sit at the back of the bus for anyone. We are elected to represent citizens and we will do this. I am hopeful that the controversy around my White House invitation will help lead to a resolution of all these matters.”

Maybe Rosa Parks had more in common with @GerryAdamsSF than the snivellers who are criticising him !!!! pic.twitter.com/VuptD0neux

Sinn Fein has a long history, starting as the political extension of the Irish Republican Army, a group that Adams has denied involvement with. It is the second largest political party in Northern Ireland, and stands in opposition to the Republic of Ireland.