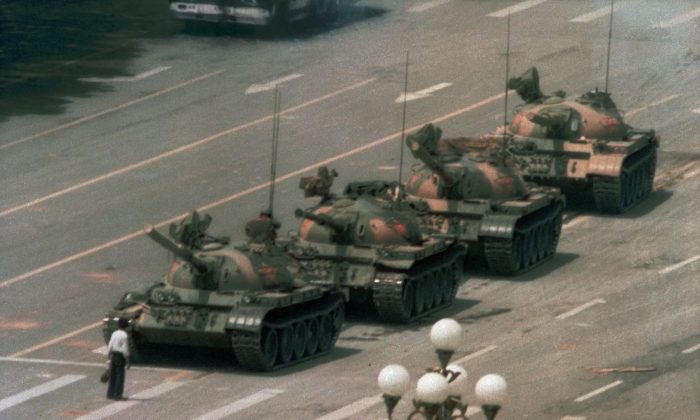 The chairwoman of Ireland’s Green Party, Hazel Chu, recently compared China’s internment of the Uyghurs to the Tiananmen Square massacre. Chu is right to condemn the repression of the Uyghurs, which ought to be more widely recognized as a genocide.

Chu, who just completed her term as Mayor of Dublin, pronounces freely on foreign policy as well as domestic issues. She told the South China Morning Post that Ireland should be comfortable criticizing powerful states, including China, even though Ireland is small relative to other countries. Direct criticism is warranted, according to Chu, because of China’s human rights record.

She told the Post, which published her comments on Aug. 8, “I look at the [Xinjiang] camps, and I wonder, what’s the difference between having internment camps now and having tanks in Tiananmen Square rolling over people?”

Ireland has a special reason to be focused on China’s human rights abuse and illegal detentions. The totalitarian country has unfairly detained Ireland’s Richard O’Halloran, an aviation executive, for two and a half years. “The father-of-four has been prevented from leaving China since February 2019 when he traveled to Shanghai to resolve an ongoing commercial and legal issue involving the Chinese owner of the firm he works for, Dublin-based aircraft leasing company China International Aviation Leasing Service (CALS Ireland),” according to Ireland’s The Journal. “There are no allegations of wrongdoing against O’Halloran, but Chinese authorities have refused to let him leave the country while a financial and legal solution is worked out.”

Ireland has an increased responsibility to stand up for its own detained citizens in China, and for democracy and human rights up to and including at the global level, because the country assumed the rotating U.N. Security Council presidency in September. This will require standing up to Beijing.

“I guess none of us want the boat to be rocked to the point where people fall over, but there is a certain place and time where you kind of have to,” Chu told the Post. “At some stage if you are the minister for foreign affairs, you need to realise that you’re only in this job for a set amount of time, so what can you achieve? At some point, you really should be rocking the boat to make sure you get things done.”

Chu, an Irish native whose parents are from Hong Kong, also criticized a rise in anti-Asian hate. She herself experienced such racism. She lost count of the number of times she was told to “go home,” she told the Post, and has been accused of bringing “Covid over with me.” Youths called Chu’s brother a racial slur before an assault that sent him to intensive care.

Chu told the Post that the anti-Asian racism issue was being deployed by Beijing against the West. “It’s almost as if the Communist Party is using the issues that are happening to their advantage,” she told the Post. “I hate seeing the massive increase in anti-Asian racism, but at the same time, it shouldn’t be used as propaganda.”

The fiercely independent Chu apparently has an excellent moral compass. Let’s hope it takes her as far as she wants to go.