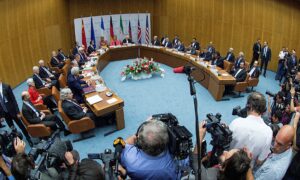 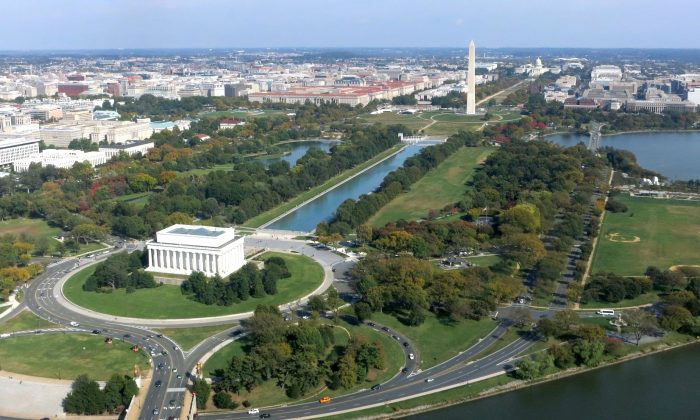 The Lincoln Memorial (L), Washington Monument (C) and U.S. Capitol (R) are seen on the National Mall in Washington on Oct. 17, 2012. (AFP/Saul Loeb/Getty Images)
US News

A Telegram channel affiliated with Iran-backed militia groups in Iraq posted in English a claim that Iraqi resistance cells have the capacity to target U.S. troops in Washington and other U.S. cities, according to a report.

“The axis of resistance today is stronger than before. Resistance cells are rooted even in America and its capital,” reads the social media post, according to the Middle East Media Research Institute, which posted a screenshot of the message.

The post, which includes a picture depicting caskets of U.S. troops, was made by the Kawtheryoon Electronic Team, a Telegram network said to be used by Iranian militia groups and supporters.

Officials at the Pentagon didn’t immediately respond to a request by The Epoch Times for comment about the claims.

The Telegram channel post also claimed that terror factions associated with Iran are growing stronger and gaining support, while it called on U.S. forces to withdraw from not only Iraq, but the Middle East entirely.

The group also appeared to threaten Israel, referring to it as the “Zionist enemy,” saying, “I will summarize for you in words only the horror of the south, which is stronger than before, and we have thousands of men like Imad Mughniyeh.” Mughniyeh is believed to have been the Iran-aligned Hezbollah chief of staff in Lebanon.

“Do not think that you and the Americans, by killing Qassem Soleimani and Abu Mahdi al-Muhandis, will survive the torment of the resistance,” the post added, referring to the Iranian commander and the Iraqi militia commander who were killed in an airstrike last year. “We lie in wait for you evil (sic) and the next thing is worse.”

Last week, President Joe Biden warned that Iran can’t act with impunity and warned the regime to “be careful” when asked what message he was sending the country with the U.S. airstrikes in Syria.

“You can’t act with impunity. Be careful,” Biden told reporters in Texas.

The United States carried out airstrikes authorized by Biden against facilities belonging to Iranian-backed militia in eastern Syria on March 4, in response to rocket attacks against U.S. targets in Iraq.

Tehran has denied being behind recent attacks in Iraq, against shipping in the Gulf, or on Saudi installations by Yemen’s Iran-backed Houthis.

On March 3, rockets were again fired at an Iraqi base that hosts U.S. troops, according to U.S. and Iraqi officials. The Pentagon stated the missile defense system at the Al Asad airbase “engaged in defense of our forces” before adding, “We extend our deepest condolences to the loved ones of the individual who died.”