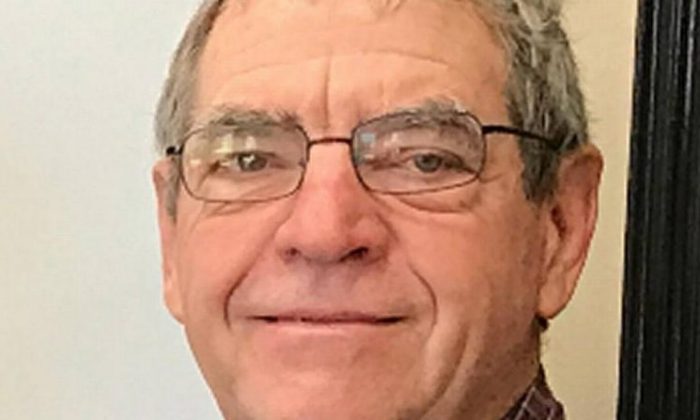 Russ Kurth. (Harrison County Board of Supervisors)
US News

An Iowa man was killed by an avalanche of corn that burst out of a grain bin after a door malfunctioned, the Daily Nonpareil reports.

Harrison County Supervisor Russ Kurth was found dead outside a grain bin on Tuesday morning near Kennedy Avenue and Highway 183 in Sawmill Hollow, according to Harrison County Sheriff Pat Sears.

Kurth, 63, and another man were inspecting a grain bin to determine why it was leaking corn. At some point, a door malfunctioned, unleashing a mass of corn that buried Kurth beneath. The other man was able to escape but unable to rescue Kurth.

The Missouri Valley, Mondamin and Logan Fire and Rescue departments responded, but it took an hour to reach Kurth, who was declared dead.

According to the sheriff, the bin was new and full of corn before the accident. The door that reportedly malfunctioned was 4 feet tall and 3 feet wide, Sears said. An investigation is underway.

The majority of grain entrapment accidents involve corn, according to a report from Purdue University. Work near grain bins is dangerous and accidents are on the rise, the report states.

There were 29 grain-entrapment accidents in 2016, which is up 25 percent from 2015. Many accidents go unreported.

“It takes only a matter of seconds to be consumed by a moving grain flow,” said William Field, a professor at Purdue University.

Field explained that it doesn’t take long to suffocate once a person is chest-deep in corn. When a person is completely submerged, he becomes helplessly trapped in four seconds.

Once engulfed in grain, people naturally keep their mouths closed, but when a single kernel of corn becomes lodged in a nostril, the person will involuntarily open their mouths, causing grain to flow in, Field explained. After that, death is nearly inevitable.

There are 300,000 storage units and 10,000 grain sites in the United States, according to Progressive Farmer Magazine.

Kurth was elected to the Harrison County Board of Supervisors in 2014. He graduated Iowa State University in 1977. He met his wife, Peggy Moffatt, during his last semester at the school.

Kurth became the Harrison County District Conservationist in 1986 and retired in 2010. He said at the time that his favorite part of the job was working with farmers.

“There’s lots of good, conservation-minded farmers in the county,” he said then. “I’ve enjoyed helping them protect and improve their land.”

We bring unique stories from the United States and beyond to our readers every day. You can help our journalism grow by sharing this story with your friends.