Investor: Everyone Can Relate to Shen Yun 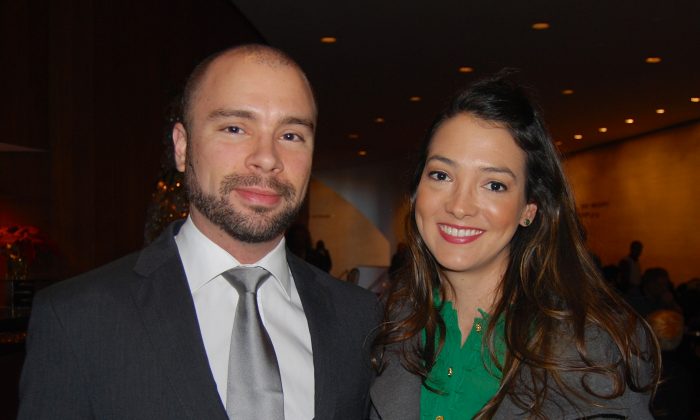 HOUSTON—”I think everyone can relate to it, it’s great,” said investor Luis Delgado, referring to Shen Yun Performing Arts’ presentation of 5,000 years of the divine Chinese culture. Mr. Delgado attended the performance at the Jones Hall for the Performing Arts in Houston, Dec. 24.

Mr. Delgado attended the performance with Ms. Ana Rico, a jewelry and graphic designer, and both were blown away by the artistry through which the history was displayed.

“It’s the last standing civilization that’s been standing after so many years, thousands of years—that’s amazing that they’re [Shen Yun] showing it to the rest of the world, not only to China,” Mr. Delgado said.

New York-based Shen Yun was formed eight years ago by artists all from around the globe in order to revive the 5,000 years of Chinese civilization. Through music and dance, Shen Yun puts on entirely new performances every year to tell this story.

“The philosophical part, the universal objective is that which everybody can relate to,” Mr. Delgado said. “To seek the truth of what the meaning of life is.”

As for the themes presented in the culture through the art, he referred to them as “a reflection of the past, of those 5,000 years.”

The stories and history were wrapped up in a performance unlike any other they had seen, Mr. Delgado said, noting their amazement with the choreography and incorporation of a digital backdrop.

In addition to the backdrop, the music by Shen Yun Orchestra is also one-of-a-kind. Shen Yun Orchestra, which just finished its first tour this year, combines traditional Chinese instruments with a full western symphony.

Also in the audience was Ms. Maria Elvir, an economist, who attended the performance with family.

Ms. Elvir said the beauty and grace of the performers conveyed and helped her relate to the ancient culture. She added that she saw parts of the performance that highlight the beauty of the culture through the costumes and choreography as well as parts that hold something deeper.