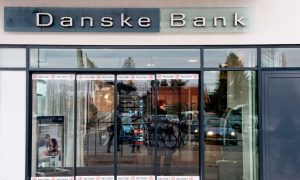 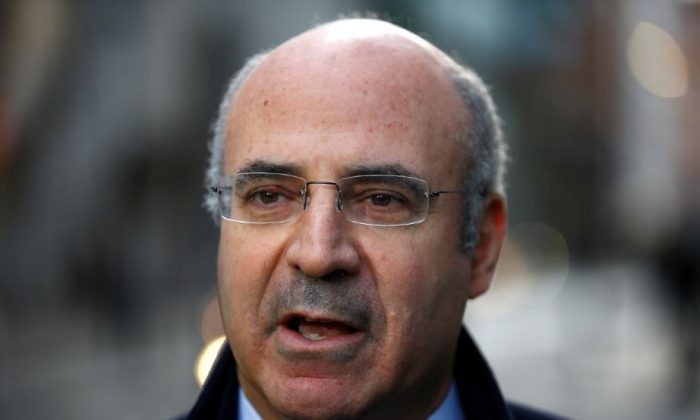 Businessman Bill Browder speaks after the coroner ruled that Russian businessman Alexander Perepilichnyy probably died of natural causes outside his home in 2012, after the inquest concluded at the Old Bailey, in London, Britain, December 19, 2018. (Reuters/Henry Nicholls)
Companies

COPENHAGEN, Denmark—Bill Browder, founder and CEO of investment fund Hermitage Capital Management, said on Jan. 10 he had asked French authorities to investigate Danske Bank over alleged money laundering, rather than treating it as a witness.

Danske Bank is already under investigation by authorities in Denmark, Estonia, Britain, and the United States over suspicious payments totaling 200 billion euros ($229 billion) made through its Estonian branch between 2007 and 2015.

A Paris court began investigating Danske Bank in October 2017 after Browder said he had provided details of the Danish lender’s involvement in money laundering relating to a tax fraud which had been exposed by Sergei Magnitsky in Moscow, a lawyer who died in a Russian prison in 2009.

Browder, once the biggest foreign money manager in Russia who now campaigns to expose corruption, has lobbied the European Union to bring in a “Magnitsky Act”, the law adopted in the United States which targets human rights offenders.

Danske Bank was initially placed under investigation by a Paris court in related to suspicions of money laundering concerning transactions at its Estonian branch between 2008 and 2011, but in January last year the court changed its status to that of “assisted witness,” a Danske spokesman said.

“We do not believe that we have provided incorrect information to the French authorities,” the Danske spokesman said in response to an allegation that it did so made by Browder during a press conference in Copenhagen on Jan. 10.

“On the contrary, it is clearly in our interest to obtain as accurate a picture of what happened in Estonia as possible,” the spokesman said in a statement, adding that the bank has an ongoing dialogue with the French authorities.

Browder, who in September asked the U.S. Treasury to investigate Danske Bank and to undertake steps to consider designating it for special measures under the USA Patriot Act, said he expected the French authorities to take action.

“The indication is that they are going to act on it.”

Reuters was not immediately able to contact the French national financial prosecutor about the case.

On Jan. 9, Danske Bank and four former top executives were sued by a U.S. shareholder alleging it defrauded investors and inflated its share price by hiding and failing to stop the money laundering in Estonia.

Danske Bank said it was aware that a lawsuit has been filed in the United States.

“It is public knowledge that several U.S. law firms have indicated that similar lawsuits are on the way, so it does not come as a surprise to us,” the spokesman said.

“We will consider the lawsuit and the further process in consultation with our legal counsel. At the present time, we have no further comments,” he added.