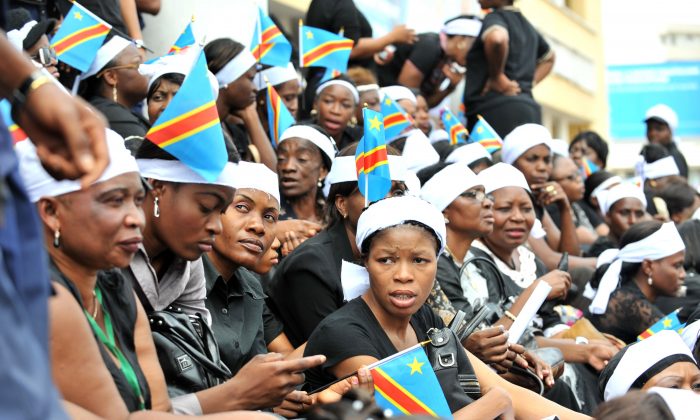 An independent investigation has found that dozens of women were sexually exploited and abused by aid workers from the World Health Organization (WHO) during the Ebola outbreak in the Democratic Republic of Congo (DRC) between 2018 and 2020.

The investigation began in October last year through an independent commission co-chaired by Aichatou Mindaoudou, former minister of foreign affairs and social development of Niger, and Julienne Lusenge, a human rights activist and advocate for survivors of sexual violence in conflict, from the DRC.

The inquiry looked at allegations of sexual exploitation and abuse during the response to the 10th Ebola virus outbreak in two provinces in the east of the DRC: North Kivu and Ituri.

Serious abuse claims, including nine rape allegations, were made by 83 women and girls aged 13 to 43, with the average age being 20.

On Sept. 28, the WHO-commissioned panel said it found that 21 of those allegations were specifically made against WHO employees connected to the 2018–2020 mission. The WHO perpetrators included local and international staff.

According to the report, the abuse led to 29 pregnancies and 22 cases of actual births, with some of the perpetrators forcing the women to have abortions.

The investigation was prompted after more than 50 women came forward claiming that aid workers from the WHO and other leading NGOs abused them by demanding sex in exchange for employment during the Congo Ebola crisis, an investigation by The New Humanitarian and the Thomson Reuters Foundation found.

The United Nations body said that based on its findings, the organization will ban the identified perpetrators from ever working with the WHO again, and would notify the broader U.N. system.

Four of the identified perpetrators who were still working for the organization at the time the allegations came to light will also have their contracts terminated.

The WHO said it doesn’t know the identity of the victims and survivors but that it’s concerned with providing them with support, including medical and psychosocial support, and assistance for education for their children.

While the independent commission’s investigation is now over, the WHO said it still has an anonymous reporting mechanism in place for victims to report cases of sexual exploitation and abuse.

The WHO also acknowledged that some members of staff had acted negligently and failed to respond appropriately to the allegations of abuse, which amounted to “professional misconduct” that was “as bad as the events themselves.”

The commission made several recommendations, including an investigation to identify which individuals were responsible for the failure to activate investigation procedures, noting that two senior staff members had been placed on administrative leave while the investigation took place.

Other members of staff who have been identified as potentially being implicated in the professional misconduct are also being investigated.

The WHO said it will also review its policies and processes regarding sexual exploitation and abuse and identify any “shortcomings” that fail to adequately protect individuals.

WHO Director-General Tedros Adhanom Ghebreyesus said the misconduct was not only a “sickening betrayal of the people we serve” but also a betrayal of “our colleagues who put themselves in harm’s way to serve others.”

“This is a dark day for WHO. But by shining a light on the failures of individuals and the organization, we hope that the victims feel that their voices have been heard and acted on,” Ghebreyesus said.

“I’m sorry. I’m sorry for what was done to you by people who were employed by WHO to serve and protect you. I’m sorry for the ongoing suffering that these events must cause. I’m sorry that you have had to relive them in talking to the commission about your experiences. Thank you for your courage in doing so.”