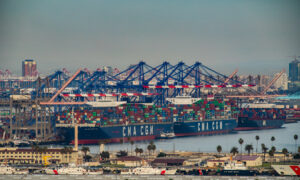 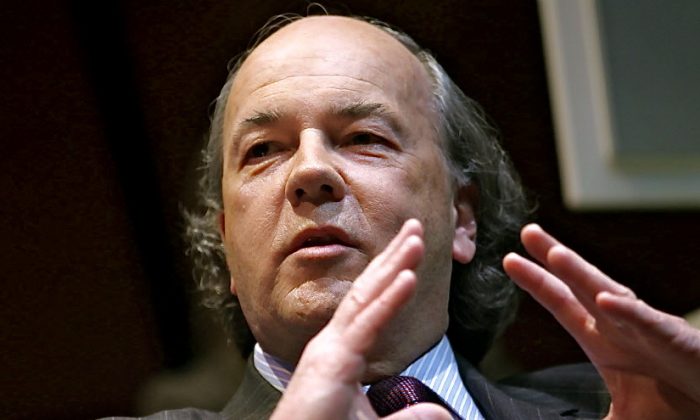 Epoch Times: Mr. Rickards, please tell us about your new book, “The Death of Money,” coming out in April.

James Rickards: It’s both a prequel and a sequel to “Currency Wars,” my first book. It’s a prequel in a sense that “Currency Wars” opened with two chapters that describe a financial war game that took place in a top-secret weapons laboratory in 2009.

That was the first time the Pentagon had ever done a war game where the only weapons could be financial instruments—stocks, bonds, derivatives, currencies.

How did I get involved in it? I start out talking about earlier involvement in national security matters and that led up to the war game. That part is the prequel.

The sequel is that in “Currency Wars” I also had a lot of history. There were five chapters of history and I thought that was very important.

If you are going to talk about gold with the reader, a lot of times if you jump right into gold, people think you are sort of a nut. I find if you tell the story through history people can see gold in a context, and when you talk about it, it doesn’t seem quite so strange.

In my new book, “The Death of Money,” there is no reason to repeat the history—that’s all in “Currency Wars”—so it’s more forward leaning, and talks more about the future of the international monetary system, a coming collapse.

And not just a collapse, because a lot of people are running around talking doom and gloom, the end of the dollar and all that. I might even agree with that, but I don’t think it has a lot of content.

What I try to do is provide a more in-depth analysis describing what will come next, what the future international monetary system will look like.

I point out that the international monetary system has already collapsed three times within the last 100 years—1914, 1939, and 1971—and that another collapse would not be at all unusual. But it’s not the end of the world. It’s just that the major powers sit down and reform the system. I talk about what that reformation will look like.

So that’s the sequel or the continuation of the story looking over the horizon. Some stuff that is before “Currency Wars” and some stuff that is after. And other content on the contemporary situation in Europe and China, so I hope people enjoy it.

Epoch Times: What about gold?
Mr. Rickards: Gold has a number of vectors. It is technically set up for a massive rally. Let me separate the fundamentals from the technicals.

Fundamentally my target price for gold is in the range of $7,000 to $9,000 per ounce. That’s not something that will happen straight away, but it’s not a 10-year forecast either. It’s a three- to five-year forecast, for the price to rise by about five to six times.

Epoch Times: What is the analysis based on?
Mr. Rickards: It’s based on a collapse of confidence in the dollar and other forms of paper money. To restore confidence you have two means: You either flood the world with liquidity from the International Monetary Fund in the form of Special Drawing Rights [SDRs, a form of money issued by the IMF], or we return to a gold standard.

The flooding of the market with SDRs would be highly inflationary, so that by itself would drive gold to a higher level. If they go back to a gold standard they will have to take a non-deflationary price.

If you go back to a gold standard you have to avoid the blunder that England made in 1925, by going back to the gold standard at the wrong price, which proved to be highly deflationary, and contributed to the Great Depression.

I’ve done the math on that and the non-deflationary price for a gold standard today is about $9,000 per ounce.

Epoch Times: What is your target price based on?
Mr. Rickards: It’s based on supporting the paper money supply with gold. That would be using M1 [paper notes, coins, and checking accounts] as the monetary base, with a 40 percent backing. If you were to use M2 [M1 plus savings accounts and money market funds] with a 100 percent backing, that would be $40,000 per ounce.

Epoch Times: Gold investors would make a killing!
Mr. Rickards: It wouldn’t mean gold would be worth any more [in real terms]; it would just mean the dollar has collapsed. But yes, you get more dollars for the ounce. Let’s call that the three- to five-year forecast.

For the year ahead, those fundamentals are unlikely to play out in a year. But the technicals can play out. Technically, gold is set up for a major rally based on the decline in floating supply.

Epoch Times: Does that have to do with the gold crash last year?