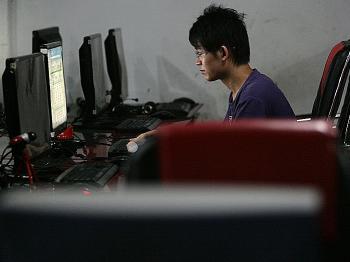 There have been no public announcements regarding the shutdowns.

Web sites that are not on the white list can no longer be viewed by Web surfers in China.

Killing Off 1,000 Innocents Rather Than Letting One Go Free

Mr Sun, a cyberspace service provider from Beijing, said the high-pressure policy started in December, and now Internet Data Centers (IDC) and Web sites nationwide have been shut down one after another. Sun said, “At present, the situation is quite severe. Now, in the entire Anhui Province, there is no Internet, and all telecommunication networks have stopped working.”

Currently, all IDC access providers are being closely monitored. Once a Web site is determined to be unacceptable, the entire server center hosting the Web site will be shut down.

An employee from West263 (www.west263.com) told Radio Free Asia on Dec. 24 that the policy is affecting businesses in a large area, as several overseas Web sites are no longer accessible.

”A ‘blacklist’ would be illegal, but a ‘white list’ is legal and is put on record,” the caller said.

According to a non-government statistical report released on the Chinese Internet, IDC servers in Shanghai, Sichuan, Anhui, Shandong, Zhejiang, Jiangsu, Guangdong, Henan, Hunan, Yunnan, and other provinces have all been shut down consecutively. In Shanghai alone, at least five or six major server sites have been affected.

A source at West263 said that in the past, the regime adopted a relatively relaxed attitude toward Web sites that walk a fine line. Now the attitude is: Better to kill 1,000 innocents than let one that is guilty go free.

According to a Web site owner, authorities have also recently tightened their control of video Web sites and will shut them down if they have not obtained a permit. Tudou.com and Sina.com are supported by the Communist Party and have the necessary permits. Those without the support of the Party will likely be shut down, he said.

Guangdong human rights lawyer Tang Xingling said the so-called “striking at false information,” and “controlling pornography and obscene information” are cover-ups often used by the Communist regime for its Internet censorship policies. Some well-known web portals in China contain undesirable content including false advertisements, pornographic pictures, and videos, yet the authorities have not shut down these portals.

Tang said: “It is inevitable that certain Web sites will be blocked; but when they are, Internet users will improve existing techniques to break through the Internet blockade or will look for new ways to circumvent this kind of information blockade.”

A web master, who asked to remain anonymous, stated that the public can still break through the regime's Internet blockade through the use of software such as Wujie, Freegate, Garden Network, etc. Furthermore, he wonders, what is the point of the authorities going through all of this trouble to control Internet access? In reality, though a lot of resources have been used, it is impractical from a technical perspective.