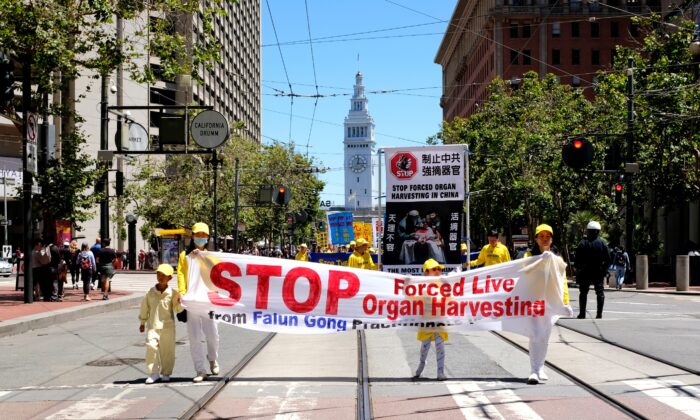 Medical ethics advocates have applauded a move by a nonprofit transplantation association to ban research papers from China about organ transplantation, over concerns about Beijing’s forced organ harvesting from nonconsenting donors.

The ban, the first of its kind in recent years declared by a medical organization, comes from the International Society for Heart and Lung Transplantation (ISHLT), the world’s largest organization dedicated to researching end-stage heart and lung disease.

“Given the body of evidence that the government of the People’s Republic of China stands alone in continuing to systematically support the procurement of organs or tissue from executed prisoners, submissions related to transplantation and involving either organs or tissue from human donors in the People’s Republic of China will not be accepted by ISHLT,” the organization said in a statement, which was made public in late June.

“This policy, including whether other countries systematically engage in the use of organs or tissue from non-consenting human donors and should be subject to this restriction, will be reviewed on an annual basis pending independently obtained proof that these practices have ceased.”

Professor Jacob Lavee, a member of the ISHLT ethics committee and an Israeli medical expert, told The Epoch Times on Sept. 18: “The new policy is, in effect, a full academic boycott on any transplant-related clinical research from China.

Lavee said the policy reflects the society’s “desire to distance itself and its members from this atrocious transplant conduct.”

In recent years, annual reports on human rights by international organizations and the U.S. State Department have identified that the Chinese regime has systematically conducted forced live organ harvesting on detained Falun Gong practitioners, ethnic minorities, and other prisoners of conscience.

Falun Gong, a traditional spiritual practice based on the principles of truthfulness, compassion, and forbearance, has been persecuted by the Chinese Communist Party (CCP) since 1999, and many adherents have disappeared over the years. Correspondingly, the year 2000 saw explosive growth in China’s organ transplant industry, which continues to this day.

Beginning in 2006, Canadian human rights lawyer David Matas and former Canadian cabinet minister and human rights defender David Kilgour collected more than 40 pieces of evidence about the Chinese regime’s crime of forced live organ harvesting from Falun Gong practitioners who had been illegally detained. They published their findings in the 2009 book “Bloody Harvest: The Killing of Falun Gong for Their Organs,” based on their 2006–2007 investigative report.

In response to accusations and mounting pressure from the international community, the Chinese regime claimed in 2015 that it had reformed its organ transplant system and adopted the practice of voluntary organ donation.

The ISHLT is the first transplantation organization to implement a ban on publishing Chinese research since the CCP’s claim.

“Until now, Beijing’s claims of transplant reform were endorsed by the medical leadership in The Transplantation Society, the World Health Organization, and the Pontifical Academy of Sciences in Vatican City,” said Ethan Gutmann, a research fellow at the Victims of Communism Memorial Foundation. Gutmann authored the 2014 book “The Slaughter: Mass Killings, Organ Harvesting, and China’s Secret Solution to Its Dissident Problem.”

“This institutional stance was not just a brake on U.S. political action against Chinese organ harvesting. For the CCP, it was a license to kill. … Yet, the International Society for Heart and Lung Transplantation has just fired a shot and it will surely be heard around the world.”

Matas told The Epoch Times, “Yet another significance of the [ISHLT’s] statement is that it is a rejection of the Chinese Communist Party’s … propaganda about its transplant system, about sourcing of organs, that all organs come from donations, and about numbers of transplants—that transplant numbers are a tiny fraction of their actual numbers.”

In its 2020 judgment, the Independent Tribunal Into Forced Organ Harvesting From Prisoners of Conscience in China wrote: “The Tribunal’s members unanimously and beyond reasonable doubt, concluded that in China forced organ harvesting from prisoners of conscience has been practiced for a substantial period of time involving a very substantial number of victims. While the PRC has changed its rhetoric about the sources of organs for transplantation, the Tribunal found that its claims are unbelievable and that official statistics have been falsified.”

In April, the American Journal of Transplantation published the results of a joint research project by Lavee, who previously served as president of the Israel Transplantation Society, and Matthew Robertson, a doctoral student at the Australian National University and a researcher on China at the Victims of Communism Foundation. The study indicates that in the past few decades, a number of organ “donors” in China’s military and local hospitals were still alive when their hearts were removed; in other words, the surgery itself was the cause of death.

“There are many national and international transplant associations and journals,” he said. “They all need to adopt similar policies.”

Li Chen contributed to this report.

Correction: A previous version of this article gave an incorrect date for when the policy was made available online. The Epoch Times regrets the error.