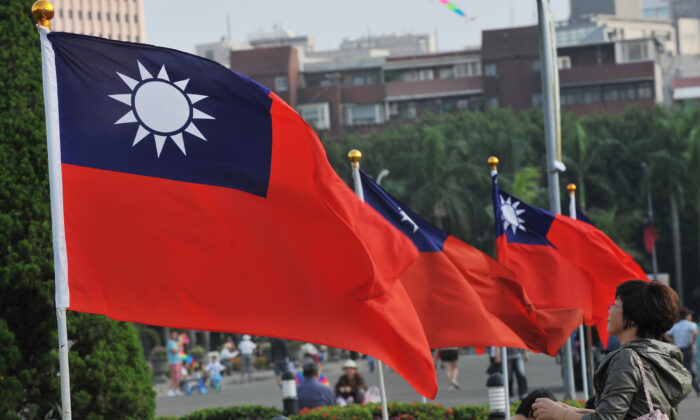 TAIPEI, Taiwan—Several members of the Inter-Parliamentary Alliance on China (IPAC), a multinational network of lawmakers concerned about communist China’s disregard for the rule of law and universal human rights, are calling for international solidarity with Lithuania and Taiwan, which are facing coercion.

Additionally, Beijing has decided to economically punish Lithuania. Mantas Staskevicius, director of Lithuania’s State Food and Veterinary Service, told The Baltic Times late last month that China had stopped approving new export permits for some Lithuanian businesses. State-owned Lithuanian Railways told Newsweek that several freight trains from China to the Baltic nation would be suspended until the middle of this month.

China’s ruling Chinese Communist Party (CCP) views Taiwan as a part of its territory and criticizes governments and international organizations for any actions that it perceives as suggesting Taiwan’s actual status as a de facto independent country.

“By bullying Lithuania, Beijing hopes to send a warning to democracies across the world,” said Irish Sen. Malcolm Byrne in a video released by IPAC. A total of 15 IPAC members spoke in the video.

“Taiwan has a vital role to play in the international community, and all states have the right to establish relations with Taiwan as they see fit,” said Shiori Yamao, a member of Japan’s House of Representatives.

André Gattolin, vice chairman of France’s Senate Committee on Foreign Affairs, Defense and the Armed Forces, said, “We commend the courage of the Lithuanian and Taiwanese people and call for democratic states everywhere to take a united stand against Beijing’s coercive diplomacy.”

In response to IPAC’s appeal, Taiwan’s Ministry of Foreign Affairs took to Twitter to say it appreciated the “impassioned support” voiced by the IPAC members.

Hsiao Bi-khim, Taiwan’s de facto ambassador to the United States, also took to Twitter to thank the IPAC members for “standing with Lithuania and Taiwan against bullying and coercion by China.”

This is the second international appeal for solidarity with Lithuania and Taiwan. In late August, U.S. Sen. Bob Menendez (D-N.J.), who chairs the Senate Foreign Relations Committee, and his counterparts from more than 10 countries and the European Parliament, issued an open letter voicing support for Lithuania to “maintain current course rejecting aggressive China’s behavior.”

On Sept. 10, Michael J. Murphy, U.S. deputy assistant secretary of state in the Bureau of European and Eurasian Affairs, met with Landsbergis in Vilnius. According to a statement from Lithuania’s Ministry of Foreign Affairs, the two sides discussed opportunities to deepen bilateral economic ties.

The name of Taiwan’s representative office in the United States—which is currently called the Taipei Economic and Cultural Representative Office (TECRO)—has recently also gained attention. On Sept. 11, the Financial Times reported that the Biden administration was considering changing the Taiwanese mission’s name to the “Taiwan Representative Office,” citing unnamed sources.

China’s hawkish state-run media Global Times published a warmongering editorial on Sept. 12. If the name change happened as suggested by the Financial Times report, the outlet said Beijing would “impose severe economic sanctions” on Taiwan and carry out an “economic blockade” on the island.

The editorial also stated that China would fly military jets over Taiwan and “place the island’s airspace into the patrol area” of the Chinese military.

On Sept. 10, Joanne Ou, spokeswoman for Taiwan’s Ministry of National Affairs, told local media that she didn’t have any comment regarding the Financial Times report.

“Comprehensively strengthening and enhancing Taiwan–U.S. relations has always been the goal of our government’s long-term efforts,” she said.