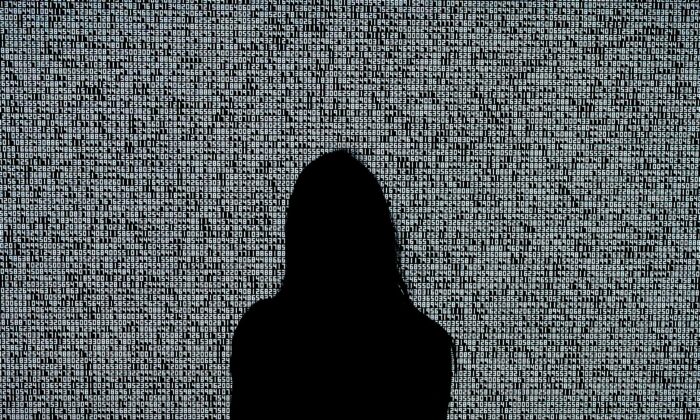 A woman looks at a NFT by Ryoji Ikeda titled "A Single Number That Has 10,000,086 Digits" during a media preview at Sotheby's in New York on June 4, 2021. (Timothy A. Clary/AFP via Getty Images)
By Katabella Roberts

A special agent from the Internal Revenue Service has warned that non-fungible tokens (NFTs) and cryptocurrencies are highly susceptible to fraud and manipulation as they grow in popularity.

Speaking at a virtual event held on Tuesday by the USC Gould School of Law, Ryan Korner from the IRS Criminal Investigation’s Los Angeles field, said that both NFTs and cryptocurrencies are becoming a growing area of concern for regulators and tax collectors as they’ve steadily become more mainstream.

“We’re just seeing mountains and mountains of fraud in this area,” Korner said, according to Bloomberg.

An NFT is a digital asset that uses blockchain technology to record the ownership status of digital objects like artwork, music, and even memes. They are non-fungible, meaning they are one-of-a-kind and are generally purchased using the cryptocurrency of the Ethereum blockchain.

Interest in the global NFT market has surged in recent years, hitting $22 billion in 2021 compared to just $100 million in 2020, according to data from DappRadar.

Due to their rising popularity, regulators are struggling to police how the tokens are used and prevent them from being utilized for criminal activity such as fraud, money laundering, market manipulation, and tax evasion.

The venture combines her “passion for art and commitment to helping our Nation’s children fulfill their own unique American Dream,” the former first lady said, noting that some of the proceeds will go to help children in the foster care community.

With the move, the former first lady joined a growing list of celebrities who have launched their own NFT collections, including award-winning director Quentin Tarantino and electronic music artist Deadmau5.

However, Korner warned Tuesday that celebrities, who are capable of swaying the price of digital assets given their huge following, aren’t immune to the IRS’s criminal probes.

“We’re not necessarily out there looking for celebrities, but when they make a blatant or open comment that says ‘Hey, IRS, you should probably come look at me,’ that’s what we do,” he said.

Last year, the Securities and Exchange Commission announced it had settled charges against boxer Floyd Mayweather and music producer DJ Khaled over allegations that they had failed to disclose payments they received for promoting investments in initial coin offerings—a method whereby a company sells a new cryptocurrency to raise capital—on social media.

Korner said the unit ended the year with active 80 cases in its inventory where the primary violation was tied to cryptocurrencies, and that the unit is working to train all of its staff on the issues surrounding cryptocurrencies and NFTs, acknowledging that “this space is the future.”

The agency also hopes to increase its collaboration and information sharing with other federal agencies, including the Justice Department, to ensure that officials can stay one step ahead of criminals.