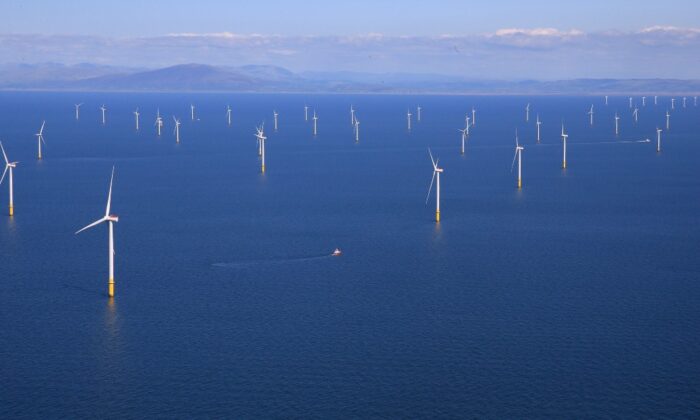 Speaking at a wind industry conference held by the American Clean Power Association, Secretary of the Interior Deb Haaland announced plans by the Bureau of Ocean Energy Management (BOEM) to arrange seven offshore lease sales along the U.S.’ coastlines by 2025, in line with the Biden administration’s executive order, “Tackling the Climate Crisis at Home and Abroad,” which directed the Secretary of the Interior to “[double] offshore wind by 2030.”

“The Interior Department is laying out an ambitious roadmap as we advance the Administration’s plans to confront climate change, create good-paying jobs, and accelerate the nation’s transition to a cleaner energy future,” Secretary Haaland said. “Together, we will meet our clean energy goals while addressing the needs of other ocean users and potentially impacted communities.”

In their press release on the announcement, BOEM claimed it would use “the best available science as well as knowledge from ocean users and other stakeholders to minimize conflict with existing uses and marine life” while realizing the goal of adding another 30 gigawatts of offshore wind power by 2030.

Yet some people, including WindAction Group director Lisa Linowes, argue that BOEM and other government agencies have not done enough to address the potential environmental impacts of wind energy projects along the country’s coasts.

In an email exchange with The Epoch Times, Linowes highlighted a lawsuit against Vineyard Wind’s 800-megawatt wind energy project along Martha’s Vineyard.

The lawsuit alleges that BOEM and the National Oceanic and Atmospheric Administration/National Marine Fisheries (NOAA/Fisheries) have not done enough to protect the endangered North Atlantic Right Whale from being harmed by the project.

While the Trump administration’s Interior Department released a memo in December 2020 asserting that the Act prevents offshore wind projects that unreasonably interfere with fishing, the Biden administration reversed that opinion in April 2021.

“The Secretary’s obligations to provide for the ‘protection of the environment,’ the ‘prevention of waste,’ the ‘protection of national security interests of the United States,’ and the ‘fair return to the United States’ may weigh in favor of Secretarial actions to maximize low-emission and renewable electrical generation from offshore wind facilities, but, in some circumstances, the siting and operation of those facilities may not optimally provide for other ‘reasonable uses’ of the exclusive economic zone,” writes Robert Anderson, principal deputy solicitor of the Department of the Interior, whose publications as a law professor include research aimed at “protecting offshore areas from oil and gas leasing.”

Linowes said, “The Biden [administration] is playing fast and loose with our laws in order to ram through an offshore wind industry. This is certain to produce more lawsuits and ultimately turn the public against these projects. The number of people living along the east coast that oppose these projects is growing rapidly.”

“The risks to birds and bats are real. Fifteen miles off shore is not very far,” Linowes added.

Asked what it will do to ensure its turbine capacity is not harmful to ocean life, bird populations, and fishermen, a DOI spokesperson told The Epoch Times via email that “BOEM continues to work with the fishing community, other federal agencies, Tribes, industry, conservation organizations, and other key ocean users and stakeholders to ensure that offshore energy development and the BOEM regulatory review process is informed by the data and information they provide, as well as the best available science and knowledge.”

But Linowes voiced skepticism about the agency and industry’s commitment to working with fishermen and other stakeholders, stating that those groups “failed to achieve agreement with Vineyard Wind and other projects off the coasts of NJ and NY.”

Asked about who would clean up old wind turbines and associated infrastructure, the DOI spokesperson responded that “lessees are responsible for the decommissioning of proposed projects at the end of their lease. This includes the removal or decommissioning of all facilities, projects, cables, and obstructions.”

On Twitter, Haaland’s remarks were met with enthusiasm by some.

“This has to be my favorite announcement to come out of #OffshoreWind21 so far! Many thanks to Secretary Deb Haaland for taking the trip. This has many implications for the #NewYork area, especially as regards #ports #infrastructure and electrical transmission,” said David Brezler, who describes himself on LinkedIn as a data analytics and project management professional currently working on offshore wind and other renewable energy projects.

Others responded to the announcement by pointing out wind energy’s reliability and cost issues.

While Biden’s Department of Energy has claimed that 30 gigawatts of additional wind power would “power 10 million homes,” intermittent power sources such as wind also require backup from natural gas or other reliable electricity sources when wind is not blowing, adding what are known as load balancing costs.

In Germany, where wind power has rapidly expanded, energy prices for household consumers have risen to the highest in the European Union (EU), and are expected to spike this winter, in line with projections for the United States.

Germany’s dependence on foreign energy sources, including Russia and other geopolitical rivals, is also high; in 2019, Germany relied on imports for 71 percent of its energy supply according to the Energy Information Administration, a slight decline from 2000, according to Deutsche Bank.